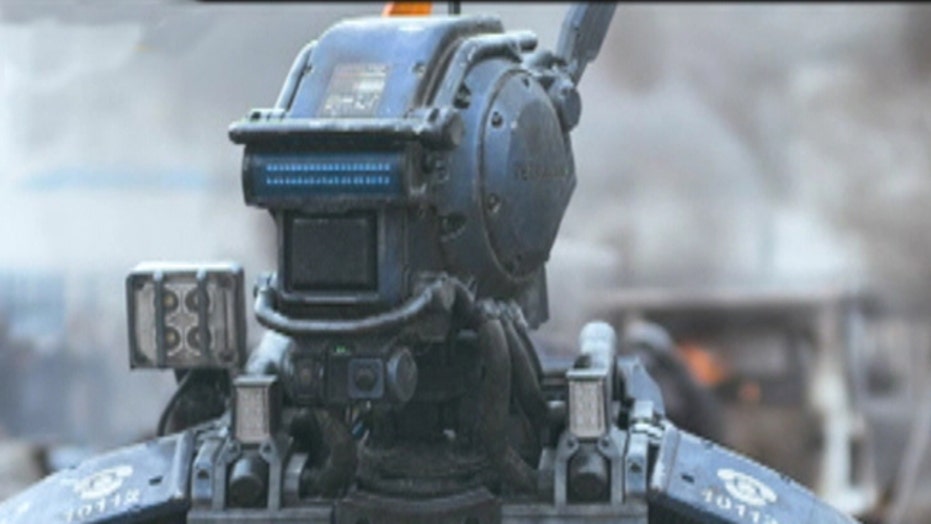 'Chappie' and artificial intelligence: Could it happen?

FoxNews.com asked futurist and SeriousWonder.com CEO Gray Scott which cinematic visions got it right and which were way off.

“You have to talk about ‘The Terminator’  if you’re talking about Artificial Intelligence. I actually think that that’s way off,” he said. “I don’t think that an artificially intelligent system that has superhuman intelligence will be violent. I do think that it will disrupt our culture. We are looking at a system where we could look out into the world and see machines that are smarter than us and we’ve never really reacted well to that kind of situation before. So, I think ‘Chappie’ is interesting because it’s more about how we react to the systems.”

Scott notes that the learning process addressed in “Chappie” also stand out. “In ‘Chappie’ you see this sort of young robot that’s learning through maybe ‘deep learning’ how to see the world really, look out into the world, and learn step by step,” he explained.  “What’s so interesting is that with ‘Chappie’ you’re getting to see how human behavior reacts to artificial intelligence and I don’t think it’s always going to be positive.”

The futurist explained where this learning process stands now in real life. “We do know that we can set certain algorithms for machines to do certain things - now that may be a simple task. A factory robot that moves one object from here to there,” he said. “That’s a very simple top down solution. But when we start creating machines that learn for themselves, that is a whole new area that we’ve never been in before. We’re starting to see the preliminary versions of that on the market now.”

Aritificial Intelligence is certainly sparking debate at the moment thanks to The Future of Life Institute’s open letter outlining the research priorities for beneficial AI, and a recent warning from Stephen Hawking about the technology.

“I think it’s good that we’re having the conversation now - we don’t want this to become a part of our culture without having the discussion first,” said Scott. “We want to implement, and I think this is what they are sort of saying, I don’t think they are saying it’s going to destroy us, I think what they’re saying is we need to have that conversation now. What do we put in place, what kind of algorithms can we put in place, to keep it from becoming violent if that is in fact where it goes?”

He added: “I think that kind of conversation… because we do have 25-30 years as a lead up to true Artificial Intelligence, the kind that’s autonomous. If it even happens that soon. So I think it’s good that we’re having that conversation and it’s coming from people in those arenas.”

For more on the future, and how we may one day hear from AI, click the video above for our Tech Take with Gray Scott!