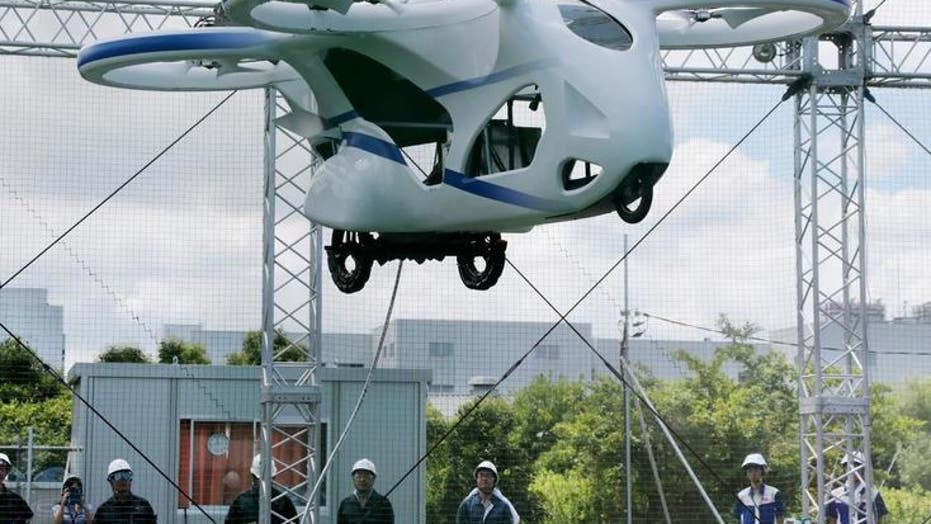 In a moment reminiscent of the film "Back to the Future," a Japanese electronics maker showed off a "flying car" on Monday.

NEC Corp. displayed the large drone-like machine with four propellers, which was able to hover steadily for about a minute.

According to the Associated Press, the test flight reached 10 feet high and was held in a gigantic cage, as a safety precaution, at an NEC facility in a Tokyo suburb.

The preparations included repeated checks on the machine and reporters were mandated to wear helmets.

The Japanese government is seriously pursuing the goal of producing flying cars and it hopes to have people zipping around in them by the 2030s, according to Bloomberg.

Among the government-backed endeavors is a huge test course for flying cars that's built in an area devastated by the 2011 tsunami, quake and nuclear disasters in Fukushima, in northeastern Japan.

A flying car by Japanese startup Cartivator crashed quickly in a 2017 demonstration. Cartivator Chief Executive Tomohiro Fukuzawa, who was at Monday's demonstration, said their machines were also flying longer lately. NEC is among the more than 80 sponsor companies for Cartivator's flying car.

Although the goal is to deliver a seamless transition from driving to flight, huge hurdles remain such as battery life, the need for regulations and safety concerns.