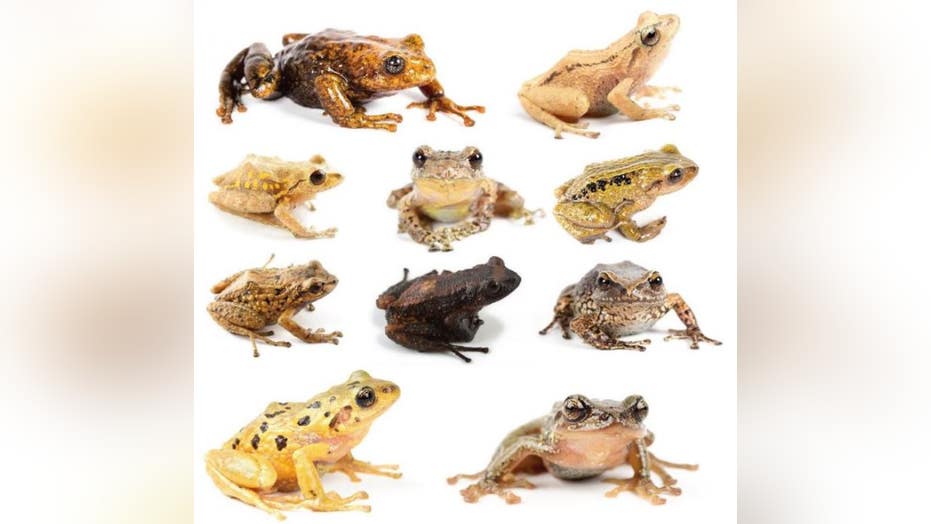 Eleven new species of rain frogs have been discovered in Ecuador.

The finding is remarkable because of the large number of new frogs, scientists say.

Most studies tend to list between one and five new species.

The last time a single article dealt with a similar number of newly found frogs from the Western hemisphere was in 2007, according to a press release.

The rain frogs comprise a unique group lacking a tadpole stage of development. Their eggs are laid on land and hatch as tiny froglets. (BIOWEB-PUCE)

PENTAGON TESTING MASS SURVEILLANCE BALLOONS ACROSS THE US

One of the newly found species is a multicolored rain frog, which is apparently known for its "outstanding" color variation that varies from bright yellow to dark brown.

Scientists from the Museum of Zoology of the Pontifical Catholic University of Ecuador characterized the species on the basis of genetic, ecological and other features.

However, according to the researchers' findings, most of the newly described frog species are listed as either "data deficient" or threatened with extinction.

Their habitats are being destroyed, scientists say, by human actitivites such as cattle raising, agriculture and mining.