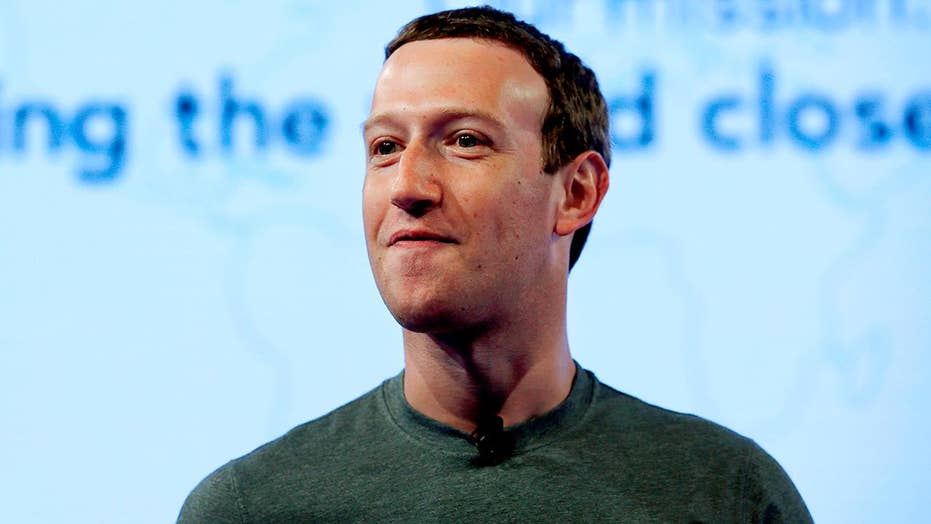 Facebook is under fire after revelations Cambridge Analytica misused the data of 87 million of the social media platform's users and that third parties have accessed data on its 2.2 billion active users without their consent; chief congressional correspondent Mike Emanuel reports from Washington.

Facebook CEO Mark Zuckerberg took responsibility for the social network’s “huge mistake” in the wake of the Cambridge Analytica data scandal and the platform’s role in Russia’s disinformation campaign during the 2016 U.S. presidential election.

During a wide-ranging phone conversation on Wednesday with the press in advance of his testimony on Capitol Hill next week, the embattled chief executive told reporters that he accepted blame for the data scandal that put the personal information of up to 87 million users in the hands of a data-mining firm connected to the Trump campaign.

Fallout from the incident has prompted a #DeleteFacebook push among users, angered advertisers and led the Federal Trade Commission to open up an investigation into the company’s practices to determine if it violated a consent decree that was signed in 2011.

Despite the fact that almost $80 billion has been wiped from the network's market value since the scandal broke, Zuckerberg said that no one has been fired and told reporters that he was unaware of any efforts by the company’s board to ask him to step down. If the board made such a decision, they would likely face a challenge since Zuckerberg is the company’s controlling shareholder.

“It’s clear now that we didn’t do enough. We didn’t focus enough on preventing abuse and thinking through how people could use these tools to do harm as well," Zuckerberg told reporters. "That goes for fake news, foreign interference in elections, hate speech, in addition to developers and data privacy. We didn’t take a broad enough view of what our responsibility is, and that was a huge mistake. It was my mistake.”

Facebook’s new estimate of 87 million users impacted is significantly higher than the figure released by U.K.-based Cambridge Analytica, which puts the number at 30 million profiles, and it may be difficult to determine exactly how many of the platform’s 2 billion monthly users had their data extracted.

“When you’re building something like Facebook that is unprecedented in the world, there are going to be things that you mess up,” Zuckerberg said. “I’m not looking to throw anyone else under the bus for mistakes that we made here.”

Zuckerberg also took back his November 2016 comments that dismissed the idea of fake news impacting the U.S. presidential election as "crazy."

"I clearly made a mistake by just dismissing fake news as 'crazy'— as having an impact," said Zuckerberg. "This is clearly a problem that requires careful work, and since then we’ve done a lot to fight the spread of disinformation on Facebook from working with fact checkers to making it so that we’re trying to promote and work with broadly trusted news sources."

A growing chorus of lawmakers and outside observers have called for a full accounting of how the social network harnesses and protects the massive amount of data provided by its users—many of whom don’t give it second thought as they push ‘like,’ post a photograph, join a group or sign up for an event on Facebook.

Cambridge Analytica, which has been banned from the platform, maintains that it deleted the data when Facebook requested that it do so.