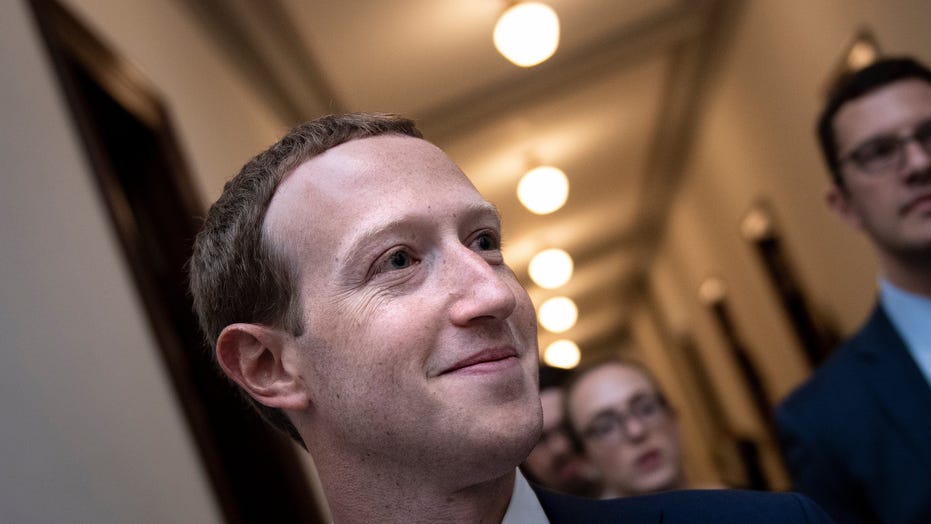 The embattled tech executive discussed the issue during a meeting on Thursday with Missouri Sen. Josh Hawley, a frequent critic of Big Tech, on a host of topics, including privacy and allegations of anti-conservative discrimination.

"Zuckerberg admitted there "clearly was bias" in the @LiveAction @LilaGraceRose censorship. Said bias is 'an issue we've struggled with for a long time.'" tweeted Hawley, one of several senators who questioned the tech company's fact-checking systems in a letter to Zuckerberg last week.

Hawley also challenged Zuckerberg to sell off Instagram and WhatsApp, which the company owns, and submit to an independent, third-party audit on censorship. Zuckerberg declined on both counts.

The tech mogul's visit to Washington, D.C., came as Facebook faces an antitrust probe being led by state attorneys general ,and a separate antitrust investigation by the Federal Trade Commission.

Last month, Live Action was told by Facebook that its fact checkers had marked two videos containing the statement "abortion is never medically necessary" as false. The tech giant also said that Live Action, its links and Rose's page would now have reduced distribution and other restrictions because of repeatedly sharing false news.

Facebook removed the strikes against Live Action last week while the fact-checking organization, known as Science Feedback, conducts an internal review of what took place.

In response to the new comments from Zuckerberg, Live Action President Lila Rose said he needs to publicly apologize.

"Facebook also needs to remove the inaccurate Fact Check, resend a notification to our followers who were notified by Facebook fact-checkers that our posts were "false", and fix their process so it never happens again to us or anyone else," Rose said in a tweet.

In a recent Washington Post op-ed, two of the doctors who fact-checked Live Action's statement for Science Feedback defended their work, writing that "medical misinformation" harms patients and that Facebook's decision to remove the fact check is "dangerous."