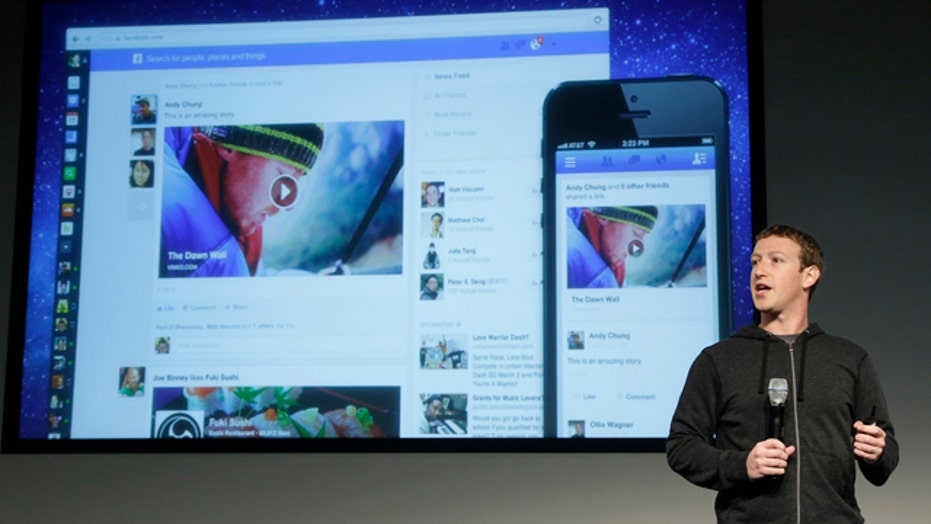 Jeremy Kaplan discusses how Facebook aims to turn an individual's news feed into their own personal newspaper.

There’s a fresh look for the face of Facebook.

The Facebook News Feed -- the laundry list of status updates from your friends that greets you when you first log on to the social network -- is getting its first update in years, the company announced at a Thursday news conference.

News Feed currently shows what your friends like, what music they’re listening to, the pictures they’ve taken and so on. But it lacks a means to sort through the vast amount of information that the site’s billion-plus users post on a daily basis.

On Thursday, the company unveiled a switcher that will let users sort through the feed to just show music news, or photos, or any of a variety of other types of information from their pals. Likewise, a "following feed" will let you see every post from the news sources, local businesses, sports teams and so on that you've liked, in chronological order.

"To make sure you're seeing all the stories you want to see, we're introducing several new feeds to explore in addition to the same News Feed you have today," the company explained.

“All of these feeds are available on both our desktop and mobile platforms,” said Chris Struhar, who works on News Feed for the company. The changes will begin to roll out later today, the company said, but will take "weeks" to reach all users.

It was Facebook's second staged event at its headquarters since the company's May initial public offering. The company unveiled a search feature at the first one in January.

If past site changes are any indication, the News Feed tweaks may take some getting used to and will likely lead to user grumbles. Facebook users often complain about changes to the site, whether it's cosmetic tweaks or the overhaul of privacy settings.

Prior to the event, Gartner analyst Brian Blau said one change he'd like to see from Facebook was a user is the ability to control how much he's seeing from the businesses and other non-friend accounts he follows. Currently users can only tweak how much they see from their friends, not from businesses they follow.

The News Feed news comes amid chatter of "Facebook fatigue," real or imagined, for the world's biggest social networking company.

One month ago, a Pew study reported that many Facebook users take a break from the site for weeks at a time. The report, from the Pew Research Center's Internet and American Life Project, found that some 61 percent of Facebook users had taken a hiatus for reasons that range from boredom to too much irrelevant information to Lent.

Facebook's user base is growing overall, however, especially on mobile devices. At last count it had 1.06 billion active monthly accounts. The number of people who access Facebook daily is also on the rise.

That said, even the company has acknowledged that some of its users, especially the younger ones, are migrating to substitutes, but so far this has not meant an overall decline in user numbers.

"For example, we believe that some of our users have reduced their engagement with Facebook in favor of increased engagement with other products and services such as Instagram," the company said last month in the "risk factors" of its annual 10-K filing. "In the event that our users increasingly engage with other products and services, we may experience a decline in user engagement and our business could be harmed.”