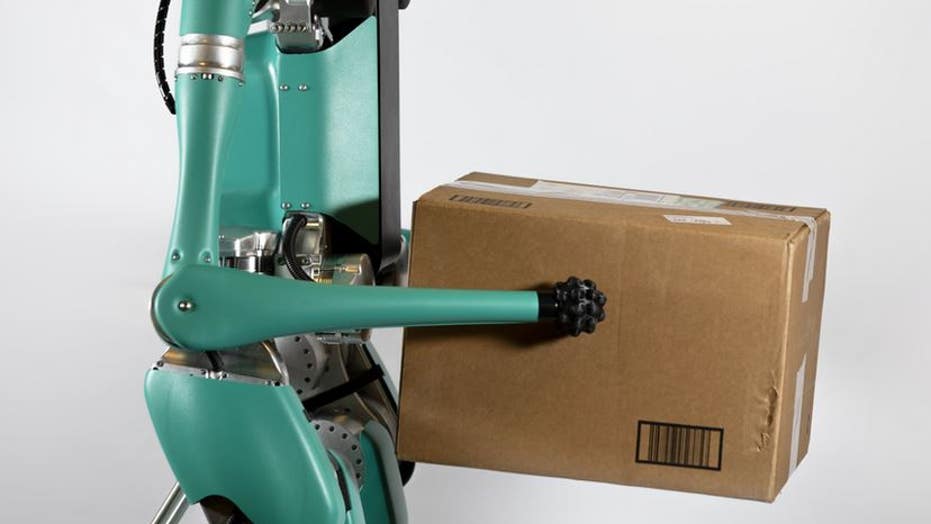 Interested in a robot that can deliver packages? It'll set you back six figures.

The American startup Agility Robotics announced Monday that its bipedal robot is now for sale. Known as Digit, the machine is the size and shape of a small adult human and can carry boxes weighing up to 40 pounds.

According to its website, the company believes Digit could be put to a range of uses, including in logistics, warehouses or industrial inspection.

MAXIMUM ROBOCALL FINE IS $10,000 UNDER LAW SIGNED BY TRUMP

The robot, which can perform some operations autonomously, is available for a launch price in "the low-mid six figures," its CEO Damion Shelton told The Verge.

“This represents a ‘fully operational’ price,” he explained to the tech outlet. “[Customers can] pull Digit out of the shipping case, charge, power it on and start developing/using.”

Shelton also said the robot will only be sold for non-weaponized functions.

“We won’t allow Digit -- or other Agility robots -- to be armed with either lethal or non-lethal weapons of any kind,” he added. This includes weapons for non-human use, like those used to destroy IEDs, and sales to organizations that might want these capabilities “will include a contractual clause in the sale preventing them from doing so.”

The first production run is for six units, and the company only expects to produce about 20 to 30 of these robots through 2020, The Verge reports.

A version of Digit can be seen in the video below: