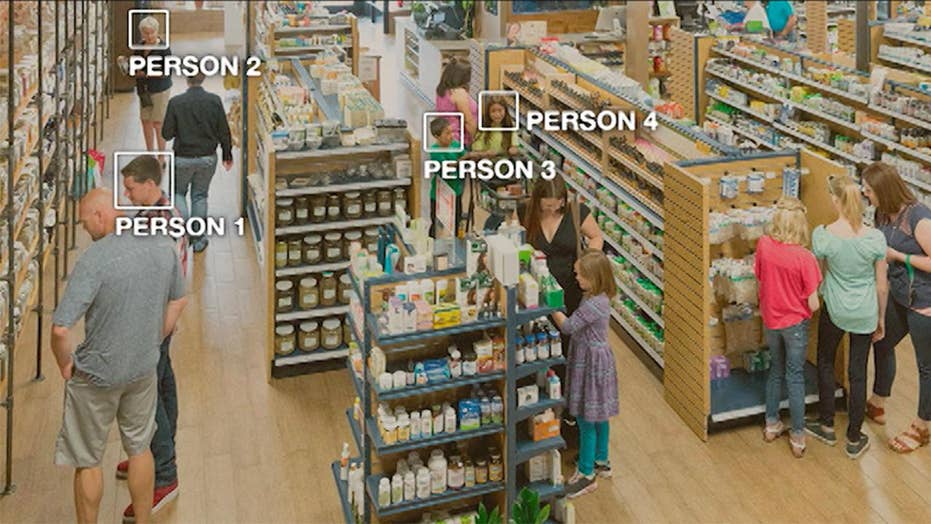 Amazon's controversial surveillance program, Rekognition, will be tested a second time by Orlando police. The software can identify over 100 faces in a crowd at once by comparing uploaded photos and videos to camera feeds in real-time, but civil rights groups argue the technology has the potential to violate constitutional rights.

“I think we didn’t have enough time to finish the testing that we wanted to do to see if we could perfect, along with Amazon, the technology for facial recognition, using it in crowds,” explained Mayor Buddy Dyer.

Amazon Rekognition is the technology at the center of the debate and its approach is fairly simple: subscribers pay a fee to upload photos and videos, which the service compares to facial scans from camera feeds in real-time.

SNAPCHAT COULD SOON HELP YOU BUY THINGS ON AMAZON

Mayor Dyer said Rekognition will be used in Orlando to incorporate extra technology-based policing to get more criminals off the streets, stressing that the service will not be used for investigative purposes. (Fox News)

The internet giant introduced the service, which can identify over 100 faces in a crowd at once, in 2016 and began offering it to law enforcement agencies to help track down criminals.

According to Amazon, the service can also detect inappropriate content and identify objects, people, text, scenes, and activities.

It’s been used for everything from home security to spotting A-list celebrities; Sky News used it during Prince Harry and Meghan Markle’s highly-anticipated royal wedding to quickly point out and highlight notable attendees in the crowded chapel of 600 guests.

Mayor Dyer said Rekognition will be used in Orlando to incorporate extra technology-based policing to get more criminals off the streets, stressing that the service will not be used for investigative purposes.

“If there is a fugitive in a crowd…if we can use facial recognition to spot them in a crowd,” he said, “that would certainly help us.”

Eight city-owned surveillance cameras will be used to test the technology—one at an undisclosed city facility, three downtown and the remaining four at police headquarters.

Officials say the only "people of interest" involved in the trial will be seven police officers who volunteer to participate.

“I can assure you that images of ordinary citizens are not being put into the system right now,” Police Chief John Mina said.

Orlando Police Chief John Mina ensures no images of the public will be used for testing and only images of police officers who volunteer to participate will be analyzed. (Fox News)

While Orlando’s trial remains temporary, the software has taken a permanent role on the West Coast.

The sheriff’s office of Washington County, Ore. has been using it for over a year to catch criminals by comparing their database of 300,000 mug shots to facial scans of potential suspects. They use video or images obtained during criminal investigations, such as store surveillance cameras or witness cell phone footage taken during an incident and the county pays Amazon between $6 and $12 a month for the service.

“We’re going to use it only for bad guys…or perhaps someone that is lost, a missing person to try to ID them so we won’t infringe on anybody’s rights,” the mayor said. “There are surveillance cameras pretty much everywhere you go and facial recognition is used in a lot of areas.”

But local and national civil rights groups argue the technology goes too far.

In a letter to Chief Mina late last month, a band of 11 civil rights groups said the use of the software to monitor public spaces threatens constitutional protections and may be used to unfairly target minorities, immigrants or protesters.

Local and national civil rights groups have criticized the use of the technology, saying it violates citizens' rights. (Fox News)

David Jancha, Esq. is a partner at NeJame Law, PA, one of the groups listed in the letter. He says he has a tremendous amount of respect for law enforcement, but the program worries him.

“The biggest concern about this facial recognition program is that law enforcement is using it without any judicial oversight. While there currently may not be an expectation of privacy…while out in public or in pictures that one posts online, the issue should be revisited by the Courts,” he said. “There is also concern about having a well-funded private company doing business with our police forces and draws into question the potential harm and possible risks associated with the potential influence Amazon may have on these police agencies.”

Another group listed in the letter, the American Civil Liberties Union, or ACLU, said in a statement to Fox News:

“Orlando’s decision to launch an additional pilot of Rekognition is especially troubling given the amount of community concerns related to problems with the software which include unwarranted invasions of privacy, heightened risks of racial profiling, increased over-policing in minority communities, and the disparate impact on people exercising their First Amendment rights. Instead of working with the community to address these problems, the city instead remains committed to subjecting its residents to an environment of mass surveillance.”

Amazon did not respond to requests for comment from Fox News.

Now that a second trial has been approved, the city plans to work with Amazon to determine when the testing phase will start, how long it will last and if permanent use is possible.