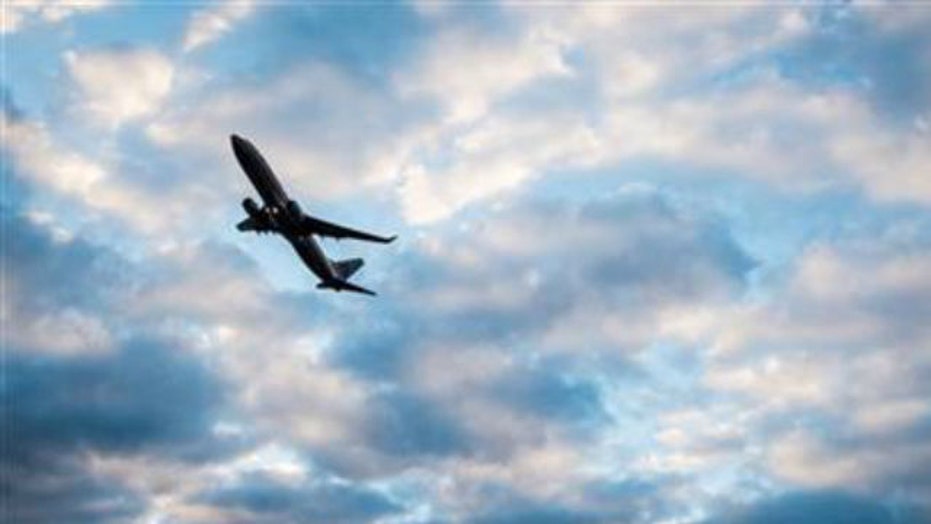 Every airline passenger is familiar with the security routine: take your shoes off, laptop goes in the plastic bin, remove all metal items from your pockets and place any liquids in a separate plastic bag and walk through that metal detector.

But the familiar precautions aimed at protecting airliners from possible bombs or weapons do nothing to ward off an incoming missile that can blow the jetliner out of the sky. The Malaysia Airlines Flight 17 shot down last week has focused attention on protecting planes from potential missile strikes, which, it turns out, have taken down more than one dozen airliners in aviation history.

"The series of tests included a wide variety of threats that the 'Sky Shield' system would have to tackle in order to protect passenger aircrafts."

The U.S. Air Force currently uses technology called the Large Aircraft Infrared Countermeasures Systems to protect jumbo-jet freighters and airborne tankers. Air Force One, a modified Boeing 747, presumably is equipped with similar missile deterrence. But putting similar devices on your next flight has so far been a longshot.

"This is not the magic wand that will solve this problem," cautions Jim Walsh, the director of the Security Studies Program at the Massachusetts Institute of Technology. But he says protecting airliners is an idea "worth exploring."

Walsh says it is difficult to defend civilian airliners against highly sophisticated military rocket launchers, like the Buk M-1 that is believed to have brought Flight 17 down. He says the technology could be used to protect airliners against shoulder-fired heat-seeking missiles, which may become a more common threat.

In 2002, Islamic terrorists in Mombasa, Kenya, were suspected of trying to use shoulder-fired missiles to shoot down an Israeli airliner as it took off from the international airport, but missed its target.

Recent reports have claimed that militants have raided stockpiles of shoulder-fired missiles and MANPADS in Syria and Iraq.

But Walsh does not think the aviation industry will pony up for the protection because most American airlines do not fly over war zones.

"They cost $1 million apiece," he says. "We're talking $4 billion and, frankly, American jet airliners -- commercial, Delta, USAir, United -- are not landing in places where this is going to be a challenge. So I think it is highly unlikely that you'll see commercial airliners want to take on that cost. Look at what happened, which I think raises real questions, those airlines flying over this zone, which only days before had seen an attack on a military transport at 20,000 feet, they were still using this airspace, why?... because it saved them $1,500 in fuel costs."

Northrop Grumman has developed its own missile deterrence system, known as the "Guardian," which has been installed on a variety of MD-11 aircraft.

The company says that "the Guardian System provides 360° protection against a wide range of missile threats. When Guardian detects a MANPADS launch, it tracks the incoming missile, then uses a laser beam to jam the missile’s guidance system, causing it to miss the target aircraft. The entire process occurs in approximately two to five seconds and requires no action on the part of the aircraft crew."

The Commercial Airline Defense Missile Act was introduced in Congress in 2003, to direct public funding to cover the costs of missile deterrence systems for U.S. airliners.

So far it has been determined that there has not been enough of a need to mandate such missile protection.