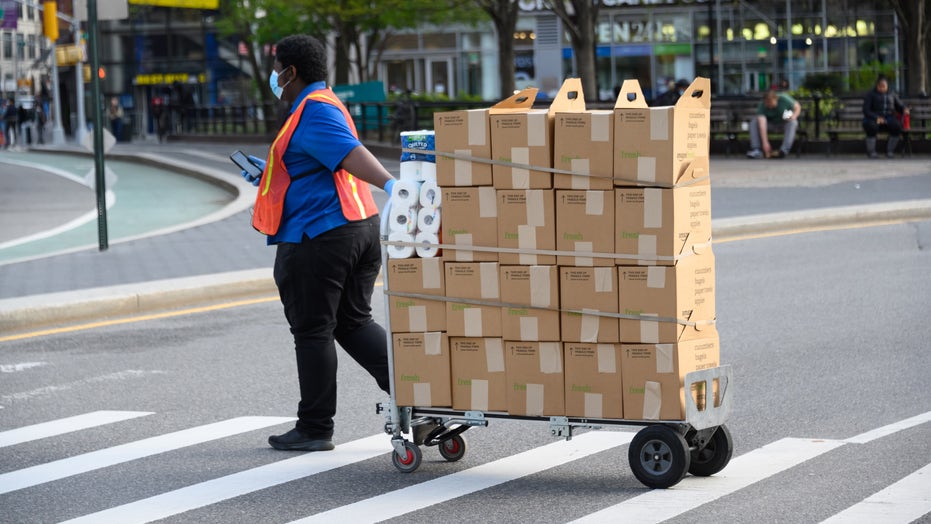 Amazon failed to protect its workers from coronavirus infections at a New York warehouse facility, a lawsuit filed by three employees claims.

According to a report in AFP, the complaint filed Wednesday in federal court said the "relentless pace of work at Amazon facilities" led to hazardous conditions and that company policies "discourage workers from leaving their workstations to wash their hands and from taking the time to wipe down their workstations."

One of the three workers in the lawsuit said they were infected with coronavirus "from workers who were explicitly or implicitly encouraged to continue attending work and prevented from adequately washing their hands or sanitizing their workstations," according to the lawsuit.

The three workers and their families are reportedluy seeking a range of changes, including a more transparent policy around taking leave and sick time, as well as better contact tracing for infected workers and back pay for quarantine leave.

The complaint alleges that the retail giant allowed workers to continue on the job even after being in contact with infected individuals.

Amazon, which was praised early on in the pandemic for hiring 175,000 new employees to deal with surging demand, says it has made many changes to improve health and safety at its facilities.

Fox News contacted Amazon for comment on the lawsuit and was given the following statement from Deborah Bass, a spokesperson for the tech giant:

“We are saddened by the tragic impact COVID-19 has had on communities across the globe, including on some Amazon team members and their family and friends. From early March to May 1, we offered our employees unlimited time away from work, and since May 1 we have offered leave for those most vulnerable or who need to care for children or family members.

"We also invested $4 billion from April to June on COVID-related initiatives," the statement continued, "including over $800 million in the first half of this year on safety measures like temperature checks, masks, gloves, enhanced cleaning and sanitization, extended pay and benefits options, testing, and more. This includes two weeks paid leave for any COVID diagnosis or quarantine, and launching a $25 million fund to support our partners and contractors.”

As of Thursday afternoon, there were more than 1.8 million infections and at least 107,685 deaths in the U.S. from coronavirus.