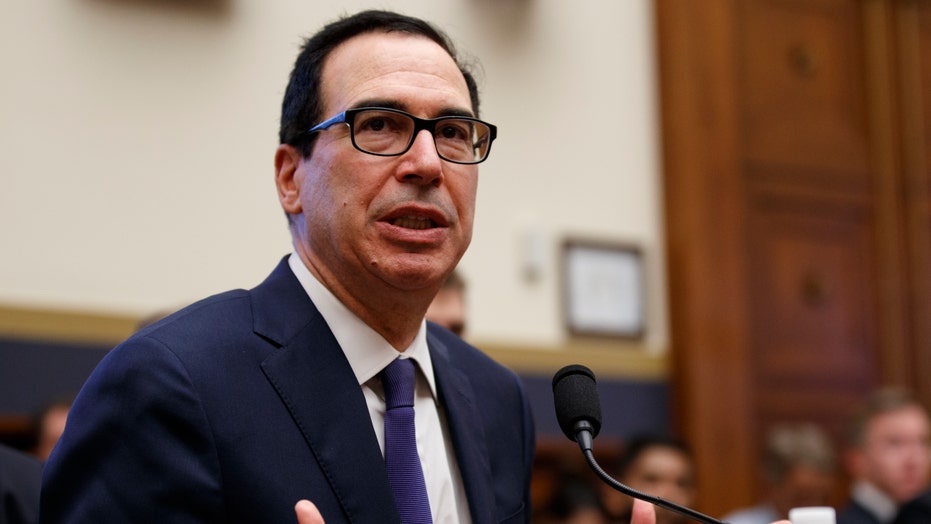 Treasury Secretary Steve Mnuchin said that although Amazon has provided certain benefits to the consumer, the Jeff Bezos-led company has "destroyed the retail industry across the United States."

“I think if you look at Amazon, although there are certain benefits to it, they’ve destroyed the retail industry across the United States so there’s no question they’ve limited competition,” Mnuchin said in an interview on Wednesday.

“I think it’s very good that the attorney general is going to look into this. I think it’s an important issue and I look forward to him reporting back to the president and hearing his recommendations,” the Treasury Secretary added.

When asked to compare concerns that small businesses had about Walmart in years past, Mnuchin mentioned some of the similarities and differences of the two retail behemoths. “People had those concerns about Walmart. Walmart developed a business where small business could continue to compete with them,” he noted.

In recent months, retailers such as GNC, Dressbarn, Charming Charlie and others have shuttered stores across the U.S. Fox Business has compiled a list of all the major retailers that have closed stores or filed for bankruptcy in recent months.

In a press release citing some of the achievements for its most recent Prime Day shopping holiday, Amazon cited the success of small businesses, which sold more than $2 billion worth of goods over the July 15 and 16 shopping days.

"These innovators, artisans, and entrepreneurs are an invaluable part of the Amazon family," the company said in the statement. "Products from these unique businesses increase variety and contribute to the ever-expanding selection available to Prime members worldwide. Globally, these businesses far exceeded $2 billion in sales this Prime Day, making it the biggest Amazon shopping event ever for third-party sellers when comparing two-day periods."

The Treasury Secretary gave his thoughts in an interview on CNBC on Wednesday morning.

Fox News has reached out to Amazon with a request for comment.

Though not formally mentioned by name in the statement, it is widely believed that Amazon, along with Facebook, Alphabet's Google and Apple are in the crosshairs of the DoJ. The agency is reviewing "whether and how market-leading online platforms have achieved market power and are engaging in practices that have reduced competition, stifled innovation, or otherwise harmed consumers."

“Without the discipline of meaningful market-based competition, digital platforms may act in ways that are not responsive to consumer demands,” said Assistant Attorney General Makan Delrahim of the Antitrust Division in the statement. “The Department’s antitrust review will explore these important issues.”

It's not currently known how long the investigations will take, and it's possible some of the Justice Department's work could overlap with ongoing probes of Big Tech happening at the Federal Trade Commission.

The Justice Department will also be seeking information from the public and other industry stakeholders who have direct knowledge about competition in online platforms.

As Fox News previously reported, the Justice Department has been examining whether Alphabet, which is the parent company of Google, is engaging in monopolistic practices. The Mountain View, Calif., company has also come under fire from conservatives who accuse it of being biased against them via Google Search and Google News. Google strongly denies any political bias in its products.

“I don’t think big is necessarily bad, but I think a lot of people wonder how such huge behemoths that now exist in Silicon Valley have taken shape under the nose of the antitrust enforcers,” Attorney General William Barr told senators back in January. “You can win that place in the marketplace without violating the antitrust laws, but I want to find out more about that dynamic.”

The Federal Trade Commission announced Wednesday a historic settlement with Facebook that will force the company to pay a $5 billion fine and abide by new privacy regulations. Meanwhile, Amazon has been taken to task for its influence over third-party sellers and dominance of e-commerce.