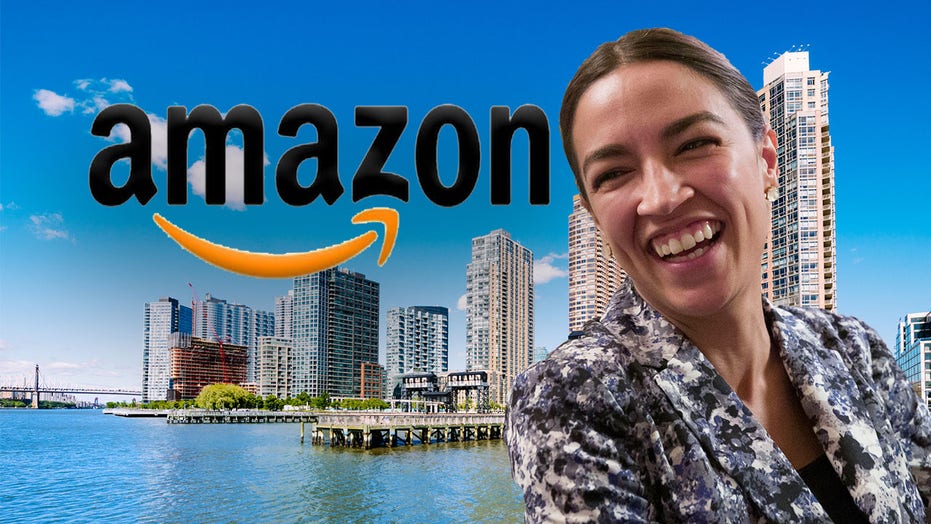 Amazon was not scared off by Rep. Alexandria Ocasio-Cortez, D-N.Y., in its quest to open a second headquarters in the Big Apple, according to New York City Mayor Bill de Blasio.

The Democrat rejected President Trump's recent assertion that Amazon abandoned New York – its $3 billion deal would have brought 25,000 full-time jobs to New York City in exchange for a package of state and local tax incentives – due to opposition from Ocasio-Cortez.

"I don't buy it," de Blasio said, when asked this week about "political pressure" that may have provoked the company's withdrawal. "Amazon had a deal, and they walked away from it."

According to Crain's, de Blasio did not explain why he thought Amazon walked away from the deal, which was pushed by New York Gov. Andrew Cuomo, also a Democrat, but he noted that the proposed second headquarters was not in Ocasio-Cortez's district.

The freshman lawmaker was not the only politician to criticize Amazon's plans to build a massive complex on the Queens waterfront. Sens. Bernie Sanders and Elizabeth Warren, both Democrats, also hit the tech giant, as did state Sen. Michael Gianaris — who was subsequently appointed to a panel with the power to veto some of the state assistance for the planned move.

However, when Amazon abandoned the deal on Valentine's Day, the company specifically blasted AOC.

"If you talk to Alexandria Ocasio-Cortez, it's 'Never Amazon,'" Jodi Seth, head of policy communications for Amazon, told NBC News at the time. "If you talk to [New York City Councilman Jimmy] Van Bramer, it's unions."

Ocasio-Cortez, along with some labor organizations, local residents and community groups, suggested the large package of incentives for Amazon would have been better spent elsewhere and that the project's costs, including the potential displacement of residents and rising housing prices, outweighed its benefits.