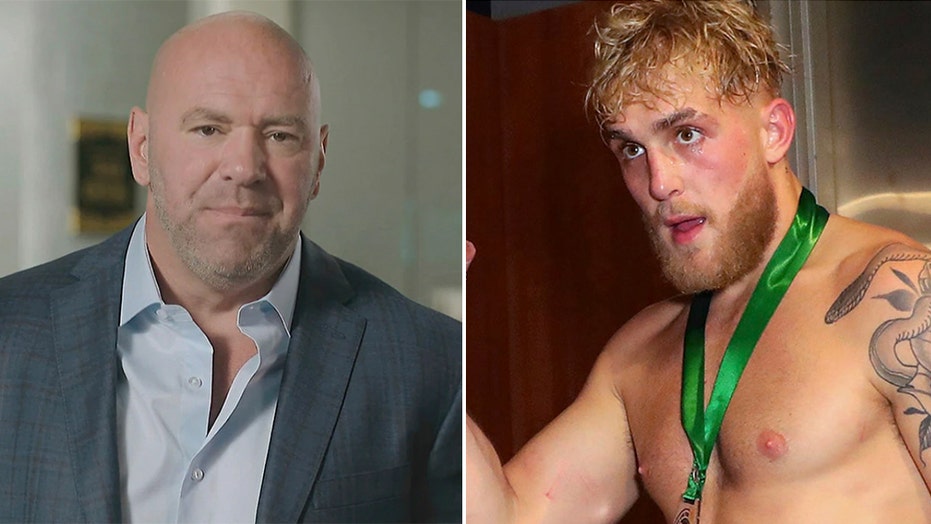 YouTube star Jake Paul isn’t holding back when it comes to talking about Dana White.

On Sunday, Paul took a direct shot at the UFC president over money issues in the mixed martial arts organization and talked about his first-round victory over Ben Askren at the Triller Fight Club event.

White allegedly made a bet with rapper/media personality Snoop Dogg, where he took Askren over Paul in their match.

"Dana, you claimed you would bet $1M on me losing," Paul wrote via the New York Post. "Set up Askren to train with Freddie Roach … gave him full access to UFCPI… and he still got his ass handed to him. Seems like you are the real douche…not Ariel."

Paul was referring to ESPN MMA reporter Ariel Helwani because White called him a "douche" back in February after Helwani took aim at Gina Carano, who compared what Republicans were supposedly going through to what Jewish people experienced during Nazi Germany.

"In my third fight I made more in total pay than any fighter in UFC history," Paul posted on Twitter, "Maybe it’s time to pay your fighters their fair share? No wonder they all want to get into boxing."

"Why are UFC fighters so underpaid vs. Boxers? Why did I make more money in my 3rd fight than all but two (Khabib [Nurmagomedov] & Conor [McGregor]) UFC fighters have in history? I know why," Paul added.

According to Paul, his fight with Askren created $1.5 million pay-per-view buys and $75 million total. Paul, who improved his record to 3-0 in his professional boxing career, also had wins over another YouTuber AnEsonGib, and former NBA player Nate Robinson.