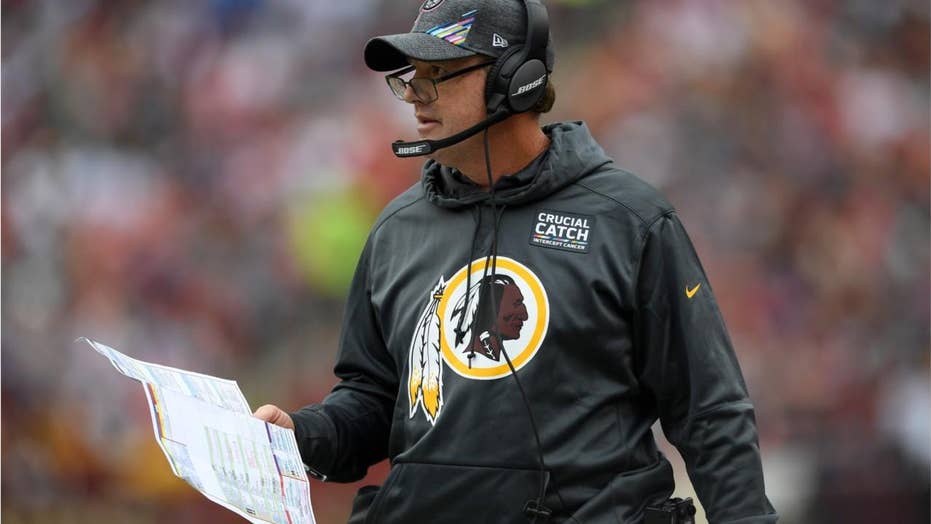 The Washington Redskins have fired head coach Jay Gruden. The five-and-a-half season coach has brought the Redskins to the playoffs only once and has never won more than nine games during the regular season.

The reported dismissal comes after the winless Redskins dropped their fifth straight game of the season to the New England Patriots on Sunday. New England won, 33-7.

Gruden, the brother of Oakland Raiders head coach Jon Gruden, was in the middle of his sixth season with the Redskins. Washington had only been to the playoffs one time during Gruden's tenure and never won more than nine games in the regular season.

After Sunday's debacle, Gruden offered some gallows humor when addressing his job security.

“If the key works on Monday, I’ll keep working,” he told reporters, according to The Washington Post.

A stinging critique of the team's coaching from veteran running back Adrian Peterson in the aftermath of Sunday's loss also indicated Gruden's departure was probably coming sooner rather than later.

“It’s clear that something has to change,” Peterson told the Post. “That’s one thing you do know, because we are 0-5. We haven’t won. We haven’t been productive as an offense.”

He added: “You got to go back to the drawing board and say, ‘Okay, as a coaching staff...what can we do better to put our players in better position to be productive as an offense, to be better as a defense?’ It’s their job to do that. We 0-5. What we’ve been doing, obviously, isn’t working.”

It’s unclear who will take over as the team's interim head coach. Assistant head coach Bill Callahan is the likely candidate given his experience coaching the Oakland Raiders from 2002 to 2003.