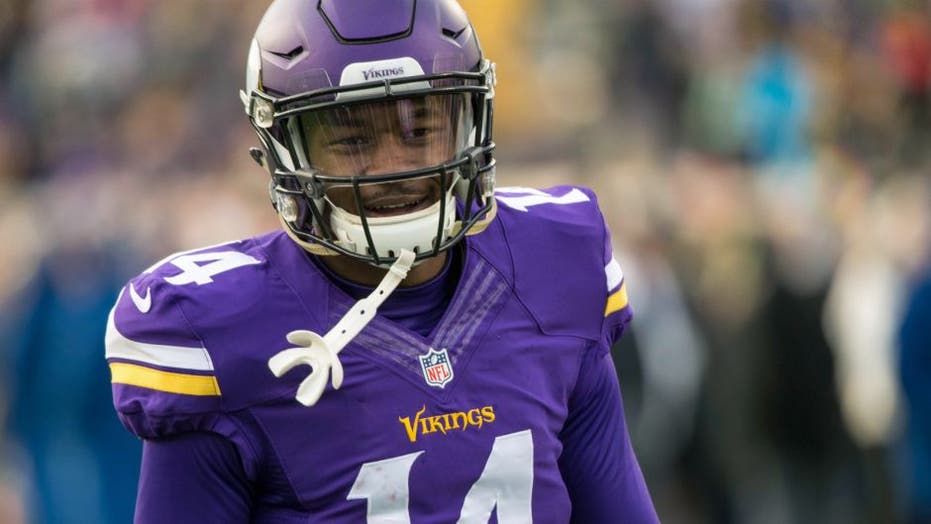 The Minnesota Vikings have reached into the checkbook of Stefon Diggs, fining the disgruntled wide receiver more than $200,000 for unexcused absences from practices and meetings, ESPN's Chris Mortensen reports.

Diggs expressed his frustrations toward quarterback Kirk Cousins, implying "there's truth to all rumors" regarding the possibility that the wide receiver wants to be traded from the Vikings, according to the St Paul Pioneer Press.

"I can't say what's real and what's not," Diggs said at the time.

Those frustrations caused him to skip mandatory meetings on Monday and Tuesday, as well as two practices this week before he returned to the team on Thursday, where he acknowledged his frustration with the Vikings lack of passing offense and the possibility of being traded.

Even so, he traveled with the team to New York on Sunday as the Vikings are set to play the New York Giants. Expectations are for Diggs to play in the game today, according to Ben Goessling of the Star Tribune.

When asked whether Diggs will play on Sunday, Minnesota offensive coordinator Kevin Stefanski told reporters, "We'll see how it goes."

Diggs was seen throwing balls with fans and running routes on Sunday morning in New Jersey.

The Vikings have have a 2-2 record, but struggles from quarterback Kirk Cousins this year have severely hurt the team, especially with the fully guaranteed $84 million contract he signed on March 15, 2018.

Minnesota's other star wide receiver, Adam Thielen, also expressed his frustrations toward Cousins, which he's downplayed since then.

Cousins responded by apologizing to Thielen on KFAN's "Under Center.".

“I really want to apologize to [Thielen] because there were too many opportunities where we could have hit him on Sunday," he said.

In the same apology, Cousins also described Thielen as "one of the best players in the NFL," which could have set Diggs off for not mentioning him in the same category.

Then again, you can't please everyone.

Multiple teams have reportedly reached out to the Vikings regarding a trade; however, the team is not looking to trade Diggs before the Oct. 29 deadline, according to ESPN.

The Vikings and Giants kickoff at 1:00 p.m. Sunday at MetLife Stadium in East Rutherford, N.J.

Diggs is listed as active.