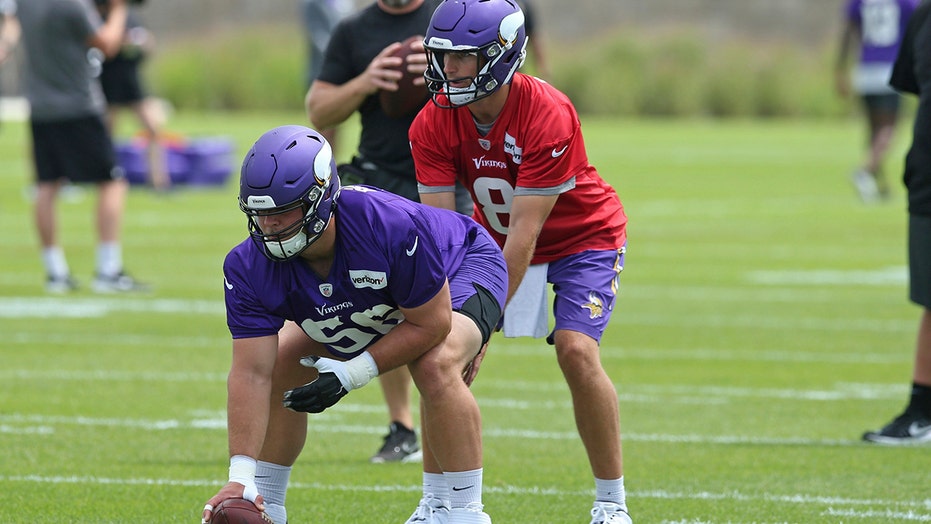 Cousins’ concerns didn’t have anything to do with the rookie being jumpy or being unsure of the playbook. It had everything to do with how much the North Carolina State product sweats, which affects his grip on the football.

Cousins, who is entering his second season with the Vikings, was asked what he’s looking for in Bradbury during their first preseason game Friday.

“Well I’m gonna take it back to how much he sweats, again,” he said, according to the Minneapolis Star Tribune. “He promises that it’s not a problem in games, and it remains to be seen because his shorts today were soaked. And he says it’s not a problem on game days, so the moment of truth Friday night."

He added: “But apparently, you know, when they keep those domes air-conditioned and you get a break on the bench and you sit with the cooling fans, I’m hoping that really helps. So that’s a big thing I’m gonna take away from Friday night, is how tough was it to grip the ball after he snaps it to me. If it is tough we might be in pistol and shotgun all year, which coach [Gary] Kubiak and Kevin [Stefanski] wouldn’t like very much.”

Bradbury is likely going to be the team’s starting center and getting the two players on the same page is going to be really important for the Vikings moving forward.