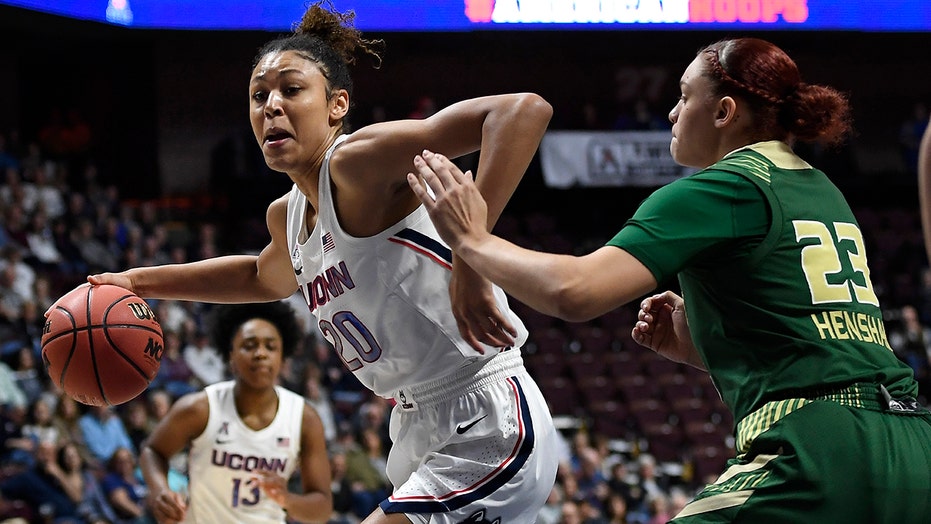 The school last month committed to joining others in the Big East conference in adding BLM patches to basketball jerseys.

But emails obtained by The Associated Press through a Freedom of Information request show discussions dating back to June and involving all sports at the school.

Those talks accelerated after the the NCAA's Rules Oversight Panel on July 30 approved rules to allow student-athletes in all sports to wear social justice messages on their uniforms.

“My plan is to ask the Administration if we will allow teams to participate,” Daniel Glinski, the school's assistant athletic director for equipment services, wrote to other members of the department that afternoon. “My guess would be yes. If so, then I’ll confirm if we’re going to have one patch or allow each team to have one.”

Chris Stasaitis, the equipment manager for the basketball program, wrote that he would prefer something less permanent than a uniform patch.

“I would strongly recommend something secondary or replaceable such as a shooting/warm up/deck/bench shirt, a helmet decal, or something like that, if I were asked,” he wrote. “Also, a unified message, if at all possible. Patches sound good in theory, but finding room for them might be difficult and patches also tend to ruin jerseys and become a permanent part of them. We also would be talking about hundreds of jerseys, so do we really want to go that route?”

The emails show Glinski also expressed some concerns about a social justice patch.

“Will all student athletes be required to wear the patch, or is this an individual choice?" he wrote. ”There will need to be an understanding that if we put a patch on the uniform, that will not be taken off, once applied."

The Big East announce on Aug. 20 that UConn and other members schools would wear a BLM patch on its jerseys.

That came as a result of a push by Coaches for Action, a group of assistant basketball coaches that includes Kimani Young, the associate head coach of UConn's men's team.

A department spokesman could not say what will happen with other athletic teams or whether students can opt out of wearing a patch. He also did not have information on how much the school estimates it would cost to augment uniforms to show support for the social justice initiative.

“We are still in the process of working towards all those decisions and trying to gain clarity on a start date for competition for all our sports,” spokesman Patrick McKenna said in an email. “Once we have some clarity on those decisions we should have some answers to your questions.”

The UConn women’s basketball team was one of the first collegiate sports programs to issue a statement in support of the Black Lives Matter movement after Minneapolis police killed George Floyd in May.

Since then, basketball players have hinted on several occasions that they are planning something beyond just uniform patches when and if the season begins.

“I believe as athletes that we have this platform, especially here, we have a platform and a voice and we should use it, especially on topics like this that have been going on for hundreds of years," center Olivia Nelson-Ododa said last month. "And so the ability to speak out about it and advocating for the Black Lives Matter movement is very important to me, and I know for the rest of my team as well.”