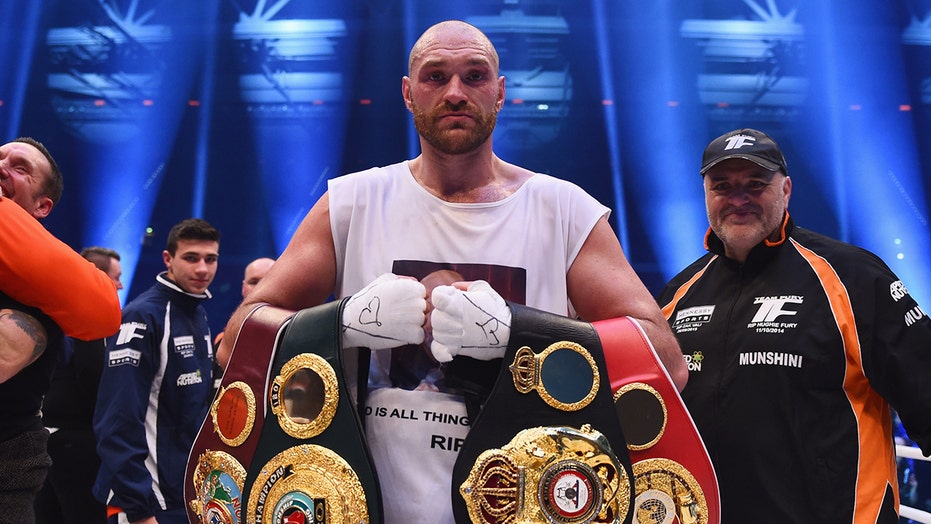 Tyson Fury is one of boxing’s premier heavyweights. But he said he was going through a dark time in his life after winning the unified title in 2015.

Fury opened up to ESPN’s Jeremy Schaap on the network’s “E:60” program. He told the story of praying to God to kill him.

“It doesn't get any darker than not wanting to live,” he said. “That's as dark as it can go, I suppose. And that's where I was at in my life. I prayed to God to kill me. I'd wake up in the morning and I'd say, 'Why did I wake up again? Why am I back in this place I don't want to be?”

Fury explained “nobody” will understand what he had to go through to get back into the ring and that his success in the sport didn’t matter.

Tyson Fury was at the top of boxing in 2015 before suffering from mental health issues. (Photo by Lars Baron/Bongarts/Getty Images)

The 30-year-old British boxer defeated Wladimir Klitschko to become the IBF, IBA, WBO and WBC heavyweight champion. However, he was stripped of the titles due to his absence in the ring.

Fury tested positive for cocaine in 2016 and reportedly weighed as much as 400 pounds.

Since returning to the ring, he won his first two matches and earned a draw against Deontay Wilder. His next bout is Saturday against Tom Schwarz.