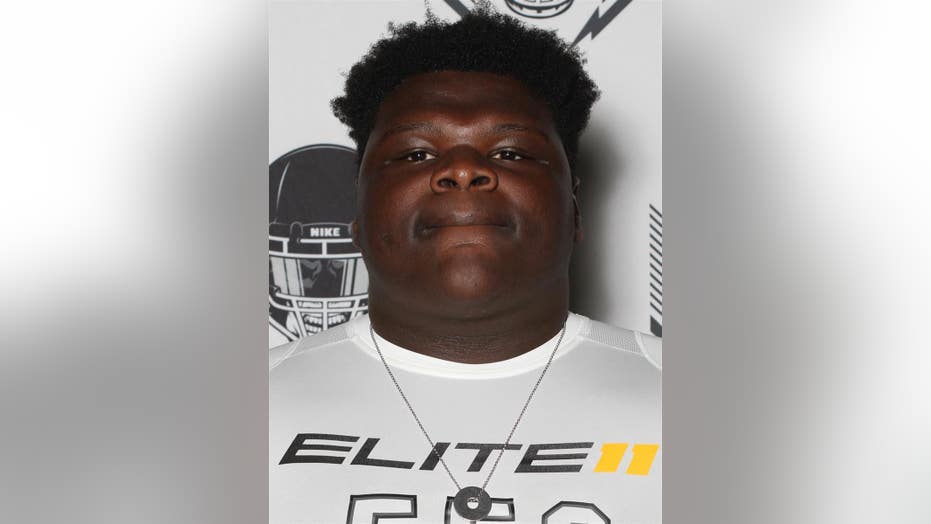 A nearly 325-pound Tennessee Volunteers football recruit showed off his athleticism in a video of him dunking a basketball followed by draining a full-court shot.

Elijah Simmons, a 6-foot-1 defensive tackle from Pearl Cohn High School in Nashville, posted the video on Twitter of his one-handed slam dunk. The big man then turned around and hurled the ball across the 90-foot court, sinking it in the other basket.

NCAA TO CONSIDER ALLOWING ATHLETES TO CASH IN ON THEIR NAMES

Simmons made good on his promise to perform a real dunk after an unsuccessful alley-oop attempt in December 2018. Simmons weighed 350 pounds at the time and tried to prove to Vols’ head coach Jeremy Pruitt that he could dunk even though he didn’t reach his signing goal of 325 pounds, according to the Volunteers’ community sports website, Rocky Top Talk.

The 2019 signee has nearly reached his goal weight. He told the Tennessean on May 8 that he dropped down to 335 pounds doing drills on the track.

"I've been ready (to get to school) since I first got the offer," Simmons told the paper. "I've got a little more work to do.”

Simmons was the Region 5-3A Defensive MVP and recorded 54 tackles in his final high school season, according to the Tennessean.

Simmons, who has the opportunity to start as a freshman, attracted the attention of the Houston Texan’s JJ Watt at the 2019 NFL Draft.

“Can we draft #72 from the Tennessee metro high school team? Kid looks like a beast,” Watt tweeted.