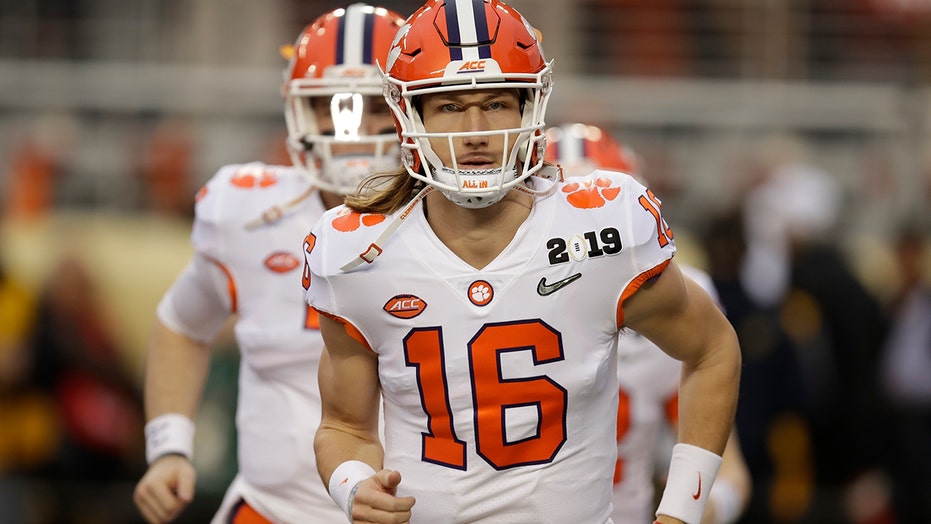 Fox News Flash top headlines for May 15 are here. Check out what's clicking on FoxNews.com

The NCAA on Tuesday announced it formed a group to determine whether its rules can be modified to allow college athletes to profit from their names, images and likenesses.

Big East Commissioner Val Ackerman and Ohio State athletic director Gene Smith will lead the new group on the topic with a final report due in October, NCAA President Mark Emmert and the Board of Governors said.

“This group will bring together diverse opinions from the membership — from presidents and commissioners to student-athletes — that will examine the NCAA's position on name, image and likeness benefits and potentially propose rule modifications tethered to education,” Ackerman said in a statement. “We believe the time is right for these discussions and look forward to a thorough assessment of the many complexities involved in this area.”

NCAA rules strictly prohibit student-athletes in most circumstances from receiving benefits or compensation from their names, images and likenesses from a school or outside source.

The NCAA has a history of coming down on players for receiving compensation.

“While the formation of this group is an important step to confirming what we believe as an association, the group's work will not result in paying students as employees,” Smith said in a statement. “That structure is contrary to the NCAA's educational mission and will not be a part of this discussion.”

College sports’ governing body has faced lawsuits in the past over its amateurism rules.

Former UCLA basketball star Ed O’Bannon brought a federal antitrust lawsuit against the NCAA in 2009. O’Bannon challenged the NCAA and its member schools’ right to use athletes’ names, images and likeness without compensation.

A U.S. district judge ruled that the NCAA could not restrict schools from paying athletes up to $5,000 per year for their names, images and likenesses. The part of the ruling was eventually overturned on appeal, but the issue has continued to hound the NCAA.

Rep. Mark Walker, R-N.C., recently introduced legislation to Congress aimed at lifting restrictions that prohibit athletes from profiting from their fame while they’re at school.

The bill, which was introduced in March, would have tweaked the tax code in a way to force the NCAA to allow athletes to make money.

“Signing an athletic scholarship with a school should not be a moratorium on your rights to your name, image and self-worth,” Walker said.