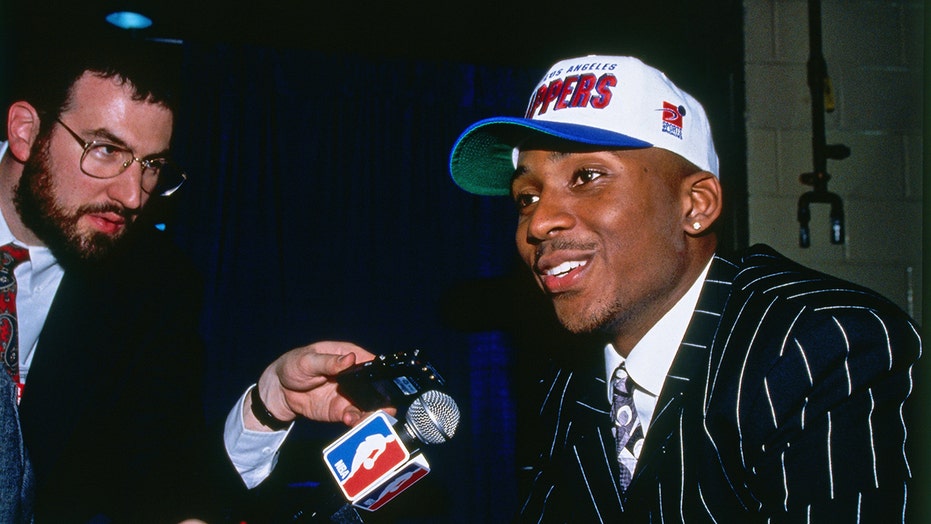 A jury on Monday convicted a Tennessee man in the killing of former NBA star Lorenzen Wright more than a decade ago.

After deliberating for less than three hours, the 12-person jury found Billy Ray Turner guilty of first-degree murder, attempted murder and conspiracy in the death of Wright, whose body was found riddled with bullets in a field in Memphis back in 2010.

Turner, 51, was sentenced to life in prison for the murder conviction by Shelby County Criminal Court Judge Lee Coffee. The attempted first-degree murder charge came from a separate failed plot to kill Wright in his Atlanta home prior to the shooting. Turner will be sentenced for the other charges at a later date.

Lorenzen Wright is interviewed after he was drafted by the Los Angeles Clippers on June 26, 1996 in East Rutherford, New Jersey. (NBA Photos/NBAE via Getty Images)

Wright, the 7th overall pick in the 1996 NBA Draft by the Los Angeles Clippers, played 13 seasons in the NBA, including five with the Memphis Grizzlies. The judge called the 6-foot, 11-inch center "a sacred son" of Memphis.

Coffee also told Wright's mother, Deborah Marion, that she should try to "celebrate the good" in her son, despite the possibility of the trial not bringing her closure.

"It'll never be closure, because I'll never see my son again," Marion said. "This is just some satisfaction for me and my family."

Wright, a father of six, had been missing for days before his body was discovered riddled with bullet wounds in a swampy field in Memphis on July 28, 2010.

Prosecutors allege that Wright's ex-wife, Sherra Wright, recruited Turner and her cousin, Jimmie Martin, to help kill her ex-husband. Martin was accused of helping clean up evidence after Wright was killed.

According to the Memphis Commercial Appeal, a time-lapse occurred between the killing and when Wright's body was found by authorities, which caused investigators to lose key evidence that would have made for a quicker investigation.

The case went cold for several years before investigators found reason to reevaluate the role of Sherra Wright. In December 2017, Both Turner and Sherra Wright were indicted — more than seven years after the killing.

Turner was found with two guns when he was arrested in Wright’s killing in 2017. He pleaded guilty to possessing a weapon as a convicted felon and is currently serving a 16-year prison sentence on the gun charge.

Sherra Wright entered a guilty plea to the facilitation of murder in July 2019 and was sentenced to 30 years in prison.

Martin, who is currently serving time for the murder of his girlfriend back in 2008, was granted immunity from prosecution in the Wright case. Martin testified that Sherra Wright recruited him and Turner to kill Lorenzen Wright.

Defense attorney John Keith Perry pointed out inconsistencies from Martin's statements and argued the information Martin gave to investigators was full of lies. Prosecutor Paul Hagerman said Martin’s immunity agreement required him to tell the truth and that his statements had been consistent.

Deborah Marion, mother of former NBA basketball player Lorenzen Wright, speaks with reporters, Monday, March 21, 2022, in Memphis, Tenn., after a jury convicted a Tennessee man in the slaying of her son, whose bullet-riddled body was found in a field nearly 12 years ago. (AP Photo/Adrian Sainz)

Lorenzen Wright started 447 games during his lengthy NBA career. He averaged eight points and 6.4 rebounds per game and retired after the 2008-2009 season.

After the verdict, Deborah Marion said she would visit her son's grave Monday night.

"Maybe now, I can sleep through the night," she said, according to the Memphis Commercial Appeal.