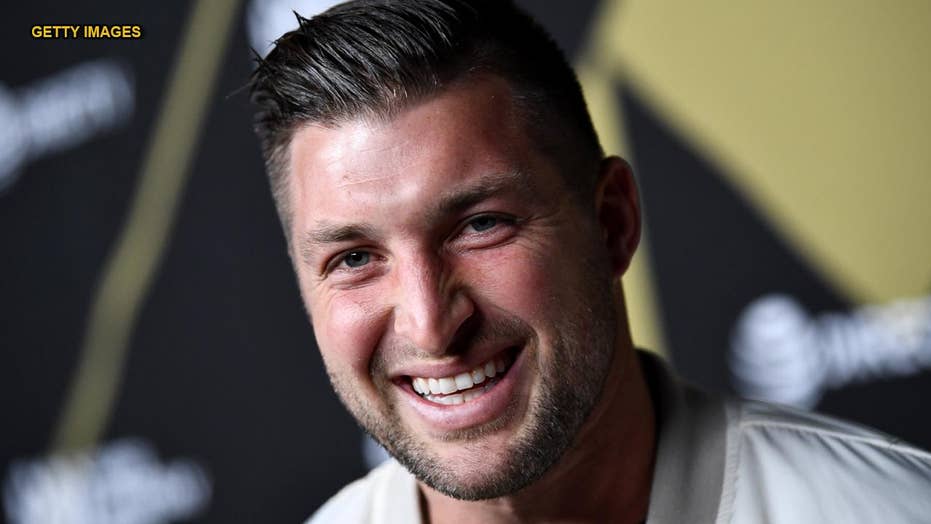 Tim Tebow, who is newly engaged to former Miss Universe Demi-Leigh Nel-Peters, made praying on one knee – "Tebowing" – famous. So his "perfectly timed" response to someone yelling "Jesus" at a golf range is no surprise.

Tebow was participating Friday in the Wrangler Celebrity Charity Shootout in Atlanta, in support of the Tim Tebow Foundation annual's "Night to Shine," an event that gives thousands of people with special needs a VIP-prom experience.

Pat McAfee, who hosts "The Pat McAfee Show" and is a retired NFL punter for the Indianapolis Colts, emceed as each celebrity hit 10 balls to try to win $10,000 for the charity of their choice.

During one of Tebow's swings, McAfee's show producer yelled "Jesus." The New York Mets outfielder responded without hesitation: "Loves you."

Moments later, during the back-and-forth between McAfee and Tebow, the two-time college football national champion and 2007 Heisman Award winner revealed he is a "keto guy" when it comes to his diet.

Tebow did not win the $10,000 in the celebrity shootout, but he did impress everyone at the tournament.

"Tim Tebow...exactly how you would think he is. Incredible human," McAfee said. "Very nice."