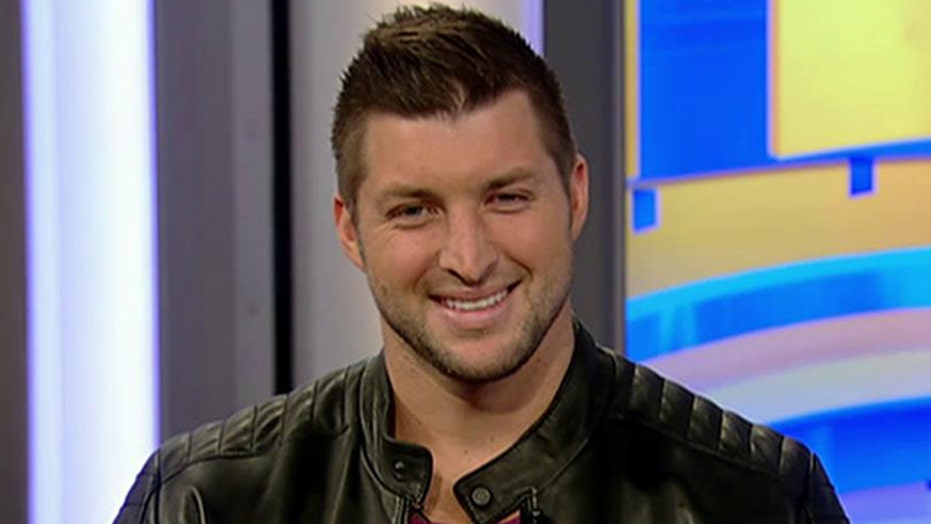 The “Night to Shine” is one of Tim Tebow’s favorite days of the year.

In MVP-style, the outspoken Christian athlete -- a college football star who became an NFL quarterback and is now trying to ascend the ranks to Major League Baseball -- is hosting the fourth-annual prom night focused on showing God’s love for thousands of people with special needs at locations around the world.

“It’s my favorite night of the year and we get to change so many lives,” Tebow said in a video promoting the event. “Honestly, it’s not just the night of their life where they get to dance, and they get to have fun. They get to ride in limos, they get to walk down red carpets."

The idea began with holding the event at one church. Then, the former Florida Gators quarterback and his team at the Tim Tebow Foundation decided to significantly expand the operation.

Two VIPs dance together at a "Night to Shine" from February 10, 2017. (Tim Tebow Foundation)

Just like in past years, Tebow plans to make surprise visits at different locations.

“I’m going to love those kids,” Tebow said. “I’m going to make them feel special, and at the end of the night when they’re crowned king or queen of the prom, hopefully they leave realizing that the God of this universe loves them so much and has a special unique plan and purpose for their life. We get to show that with how much we love them.”

American Residential Services is the big night’s global corporate sponsor for the second year in a row, while partners such as Men’s Wearhouse are providing special discounts for designer tuxes and donating a portion of the proceeds to the Tim Tebow Foundation. Other sponsors include 3 Musketeers, Firehouse Subs, SecureSearch, Shindigz, and Thrivent Financial.

An honored queen goes down the red carpet at a "Night to Shine" from February 10, 2017. (Tim Tebow Foundation)

Each "Night to Shine" welcomes its honored guests with the royal treatment: tuxedos and shoe shining stations for the kings, and gorgeous dresses and hair and makeup stations for the queens, along with corsages and boutonnieres. Each guest arrives to a cheering crowd and paparazzi as they walk down the red carpet. Once inside, they enjoy a night of dancing, karaoke and gifts to remember the night.

To open up the event to even more people, the Tim Tebow Foundation features a livestream.