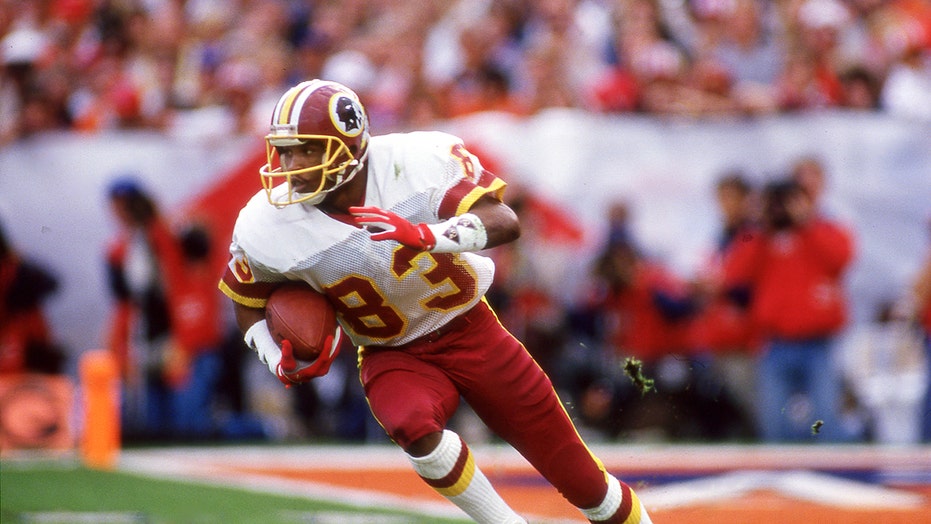 It’s been a few years since an NFL receiver broke into the top five for most receiving yards in a single Super Bowl game. The top 5 hasn’t been scratched since Danny Amendola had a big game in the New England Patriots’ shootout with the Philadelphia Eagles in Super Bowl LII.

In this year’s matchup, the Kansas City Chiefs have already shown they can torch the Tampa Bay Buccaneers’ defense with quarterback Patrick Mahomes and wide receiver Tyreek Hill. Mahomes put up 462 passing yards and Hill had 269 receiving yards in Week 12’s victory.

Tom Brady didn’t have a bad game either in Week 12. He threw for 345 yards and had three touchdowns along with two interceptions. Rob Gronkowski had 106 receiving yards in that game.

Here’s who these receivers are chasing come Feb. 7.

Andre Reed had a good game, but the Bills were blown out in Super Bowl XXVII. (Photo by Focus on Sport/Getty Images)

Andre Reed may not have won a Super Bowl but he is engrained in the record books with his performance during Super Bowl XXVII as a member of the Buffalo Bills.

Reed and the Bills were blown out against the Dallas Cowboys during the game. Regardless, Jim Kelly found Reed eight times for 152 yards. Reed didn’t score a touchdown in the game.

Smith caught five passes for 152 yards and had a touchdown. He had an 80-yard touchdown catch in the second quarter from John Elway. The score put the Broncos up, 17-3.

The New England Patriots failed to get past the Philadelphia Eagles in Super Bowl LII. Tom Brady had 505 passing yards with three touchdown passes and the majority of the yards were gobbled up by wide receiver Danny Amendola.

Amendola didn’t have a touchdown pass but tied a mark set by Reed and Smith before him. He had eight catches for 152 yards.

Lynn Swann had a great Super Bowl performance. (Photo by Focus on Sport via Getty Images)

Pittsburgh Steelers wide receiver Lynn Swann played a big role in the team defeating the Cowboys in Super Bowl X. Swann had a 60-yard touchdown pass from Terry Bradshaw in the win.

He finished with four catches for 161 yards.

Swann also had one of the most celebrated catches in Super Bowl history.

Bradshaw and the Steelers were pinned near their own end zone when he fired up a deep pass to Swann who tipped the ball to himself over cornerback Mark Washington.

With that catch and his stat line, Swann won Super Bowl MVP.

The St. Louis Rams edged the Tennessee Titans, 23-16, in Super Bowl XXXIV giving them their first title. The Kurt Warner to Isaac Bruce was working the entire game with the quarterback winning the Super Bowl MVP.

Bruce had the go-ahead touchdown catch with under two minutes left in the game. Adding to that, he entered the top five in receiving yards in a Super Bowl game. Bruce had six catches for 162 yards.

Washington Redskins wide receiver Ricky Sanders set the record for most receiving yards in a Super Bowl against the Broncos. In Super Bowl XXII, Washington won the game, 42-10, and Sanders was on his game along with quarterback Doug Williams.

Sanders had nine catches for 193 yards and two of Williams’ four touchdown passes. Sanders’ touchdown catches came in the second quarter – one was an 80-yard reception and the other was a 50-yard reception.

Jerry Rice broke Sanders’ record the next Super Bowl. The 49ers defeated the Cincinnati Bengals, 20-16, with Rice scoring a touchdown in the fourth quarter to tie the game.

Rice, who won Super Bowl MVP, had 11 catches for 215 yards. His 11-reception mark put him toward the top on the list of most catches in a single game. He tied a mark set by Bengals tight end Dan Ross in Super Bowl XVI.