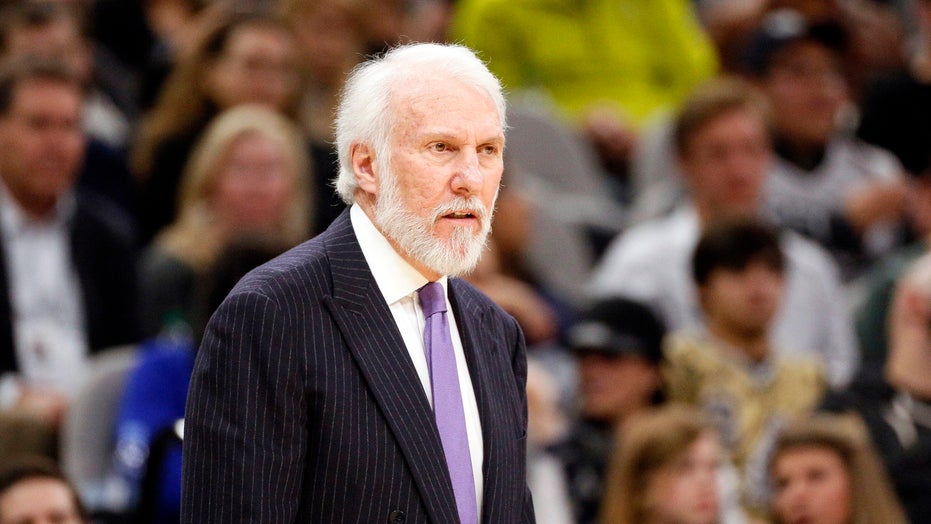 San Antonio Spurs coach Gregg Popovich said in a video Saturday he was “embarrassed as a white person” to “actually watch a lynching” in regard to the death of George Floyd.

In a team video series, Popovich commented on the police-involved death of Floyd, the Minneapolis man who died in police custody May 25 after an officer kneeled on his neck for more than eight minutes.

'USE OUR PLATFORM': NBA COACHES SAYING CHANGE MUST OCCUR

“In a strange, counterintuitive sort of way, the best teaching moment of this recent tragedy, I think, was the look on the officer's face,” Popovich said. “For white people to see how nonchalant, how casual, just how everyday-going-about-his job, so much so that he could just put his left hand in his pocket, wriggle his knee around a little bit to teach this person some sort of a lesson -- and that it was his right and his duty to do it, in his mind.

“I don't know. ... I think I'm just embarrassed as a white person to know that that can happen. To actually watch a lynching. We've all seen books, and you look in the books and you see black people hanging off of trees. And you ... are amazed. But we just saw it again. I never thought I'd see that, with my own eyes, in real time.”

The outspoken NBA coach called on white people to help lead change in the country.

“We have to do it. Black people have been shouldering this burden for 400 years,” the 71-year-old said. “The only reason this nation has made the progress it has is because of the persistence, patience, and effort of black people. The history of our nation from the very beginning in many ways was a lie, and we continue to this day, mostly black and brown people, to try to make that lie a truth so that it is no longer a lie. And those rights and privileges are enjoyed by people of color, just like we enjoy them. So it's got to be us, in my opinion, that speak truth to power and call it out, no matter what the consequences. We have to speak. We have to not let anything go.”

He added that racial injustice can be compared to gun violence in the U.S.

“What's it going to take? Two few more black people with knees in their necks? I don't think so. I don't think that's going to happen. How many more Sandy Hooks do we have to have? It's easy for people to let things go because it doesn't involve them.”