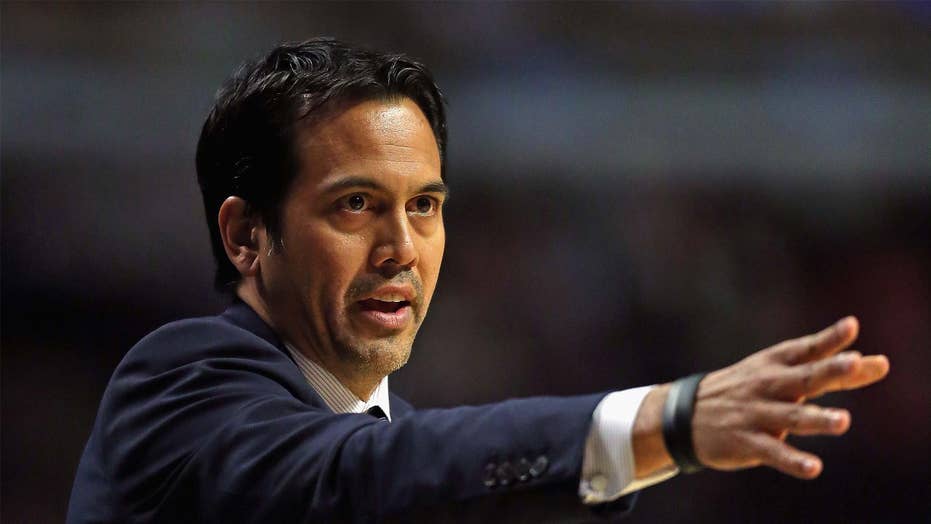 The NBA plans to go to Disney World next month to finish a season, with a schedule calling for the 22 remaining teams to play more than 150 more games and for the league to eventually crown a champion.

Coaches are seeing potentially a bigger purpose as well.

Many players and coaches have spoken out in recent days following the death of George Floyd, who died after a Minneapolis police officer pressed his knee into his neck for several minutes even after he stopped moving and pleading for air. But two coaches said Saturday that once the league arrives at Disney, they would expect the NBA’s visibility to be an asset again in the hope for actual change.

“I don’t think anybody is really ready to move on. And we shouldn’t,” Miami coach Erik Spoelstra said. “If anything, many times before, so tragically, there would be a similar incident of social injustice like this and then two weeks later people forget about it. This will be an opportunity for the entire association to land in one spot ... to keep this conversation going and use our platform to make sure that this doesn’t go away.”

Spoelstra said he’s had numerous talks with other head coaches and some players in recent days about the best path the NBA could take next. NBA Commissioner Adam Silver has talked at length about it in recent days as well, with numerous internal staff conversations on the topic going on this past week even as the league was finalizing the return-to-play proposal that the Board of Governors approved Thursday and players ratified Friday.

Orlando coach Steve Clifford also seems convinced that the league’s players and coaches will take some sort of action when the season resumes.

“I don’t think there’s any question,” Clifford said. “I think everybody’s priority right now and hope is that we can all be part of the change that’s so necessary in our country. We’ll have a collective platform where everyone can collectively send a message condemning racism, racial injustice, calling for police accountability. There will be a platform and I think we’re all thinking that way.”

Many of the league’s biggest names have used social media to condemn police brutality and racial injustice, and some NBA players have also appeared at demonstrations and marches around the nation in recent days.

The National Basketball Coaches Association has also said that it will work collectively to find answers and determine the best courses of action. It has not said if it has made any specific decisions yet, though said it intends to work with “local leaders, officials and law enforcement agencies” in NBA cities to influence change.

Spoelstra has been on several calls with political leaders in South Florida in recent days for that same purpose. He also said Saturday that the current racial strife in the country took him back to how Heat players responded in 2012 after the death of Trayvon Martin, an unarmed black teen who was shot by a neighborhood watch volunteer — as well as countless other incidents.

“We all thought that that was going to move the needle and it didn’t and it broke your heart,” Spoelstra said. “And then when that happens over and over and over ... what this is going to require is not even trying to evaluate, it’s just put your head down and get into this fight, and make it happen this time.”