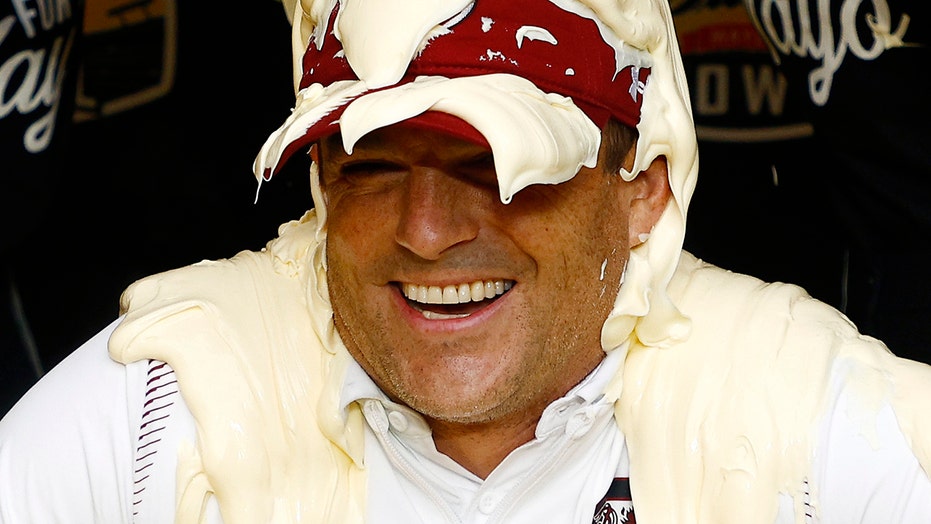 CBS writer Dennis Dodd is clearly a fan of the old days in college football when bowl games were pure and lacking mayo-pimping by ESPN. Dodd, who once proudly interviewed a University of Illinois professor who predicted 3-7 college football players would die from COVID, went after cool Twitter Thursday as the Duke’s Mayo Bowl was receiving piles of love from all the cool kids.

"My God, we’ve reached the point where hyping a condiment being poured on an adult male passes for programming," Dodd tweeted — then deleted. "When we have the discussion about bowl relevance, I’ll start right here," Dodd the Nerd added.

And South Carolina head coach Shane Beamer, who had mayo poured on him for winning the game, wasn’t having it from Dodd.

Beamer, 44, fired off on Dodd Thursday night with a brutal barrage. "What’s it like being so miserable all the time?" Beamer asked. "For a sport you ‘cover’ [Dennis Dodd] …Praying for you."

Beamer wasn’t done with his destruction of Dodd.

"I still remember back in July at SEC Media Days when you said the CEILING for our team was 2 wins…Keep bringing that expert ‘analysis’," Beamer added.

While it was annoying that Cool Twitter was busy being annoyingly cool pimping the Mayo Bowl, there’s absolutely nothing wrong with a condiment being poured on someone as programming. It’s like a principal kissing a pig so kids can go nuts after raising money for some school project.

It’s just a quick moment in time where the kids get to have fun and everyone moves on with life, except for the self-righteous coronabro Dodds of the world who stew over this stuff as the sport passes them by.

Head coach Shane Beamer of the South Carolina Gamecocks is covered in Duke's Mayonnaise following their 38-21 victory over the North Carolina Tar Heels in the Duke's Mayo Bowl at Bank of America Stadium on December 30, 2021 in Charlotte, North Carolina. (Jared C. Tilton/Getty Images)