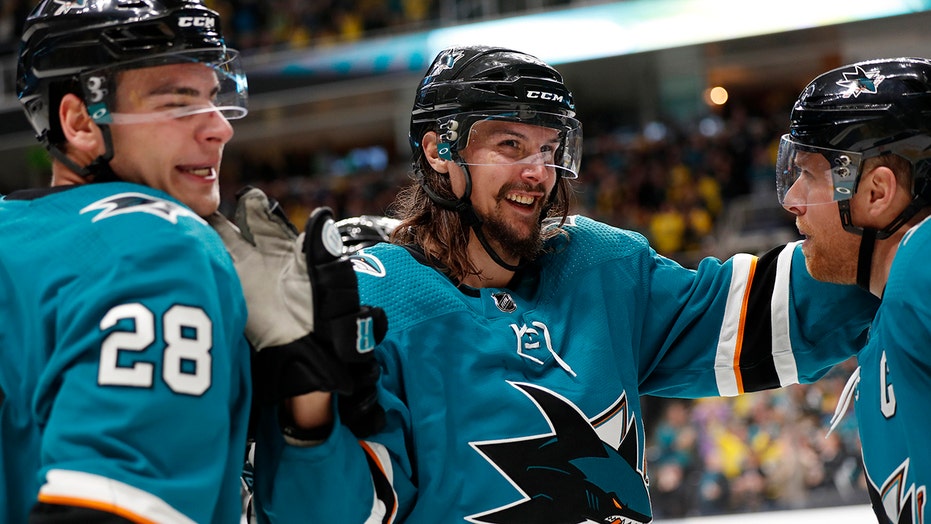 The San Jose Sharks’ Erik Karlsson had a good excuse for missing Wednesday night’s home opener against the Vegas Golden Knights, a game the organization previously said he would be absent for in order “to attend to a personal matter.”

That matter? The 29-year-old defenseman and alternate captain took to Instagram Thursday to announce that he and his wife Melinda had welcomed a baby girl.

“To my beautiful wife for doing everything in her power to bring our beautiful little baby girl into this world, never have I met a more determined or stronger person than you,” Karlsson said in his post. “It hasn’t been easy but after the rain finally our little rainbow arrived. Love you both more than I could ever imagine.”

The birth of their daughter comes just over a year after the couple announced in March 2018 that they lost their son one month before his scheduled due date.

“At this extremely difficult time it’s hard to see the light at the end of the tunnel but we know one day we’ll get there,” Karlsson said at the time when announcing the stillbirth of his son Axel Michael Karlsson.

“We feel very lucky to be Axel's parents. Even though he was stillborn, we know we will hold him again one day under different circumstances and the joy he gave us will be with us forever."

Karlsson was drafted by the Ottawa Senators in 2008 and played nine seasons with the team, four of them as captain, before he was traded to the Sharks at the start of the 2018 season.

The Sharks went on to lose Wednesday night’s game, 4-1.