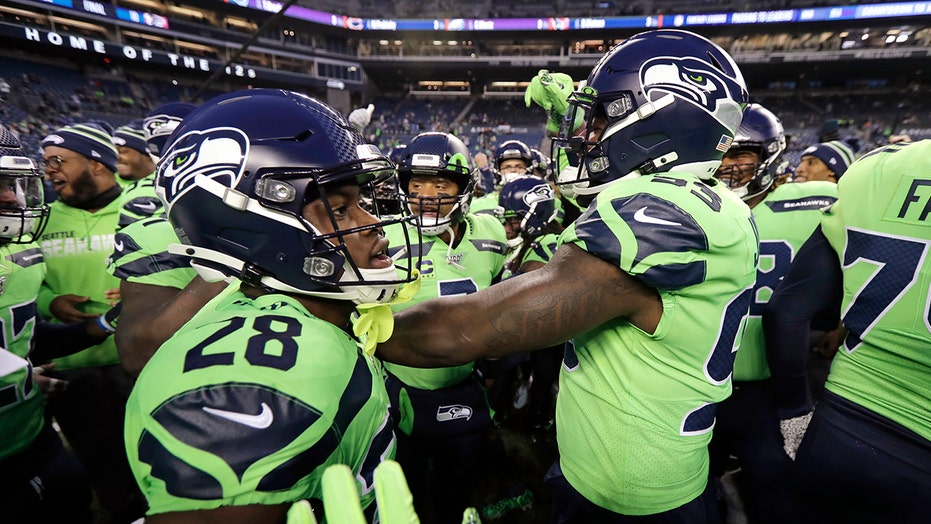 The Seattle Seahawks danced their way to a victory Monday night against the Minnesota Vikings.

Seahawks quarterback Russell Wilson tossed a 60-yard touchdown pass to wide receiver David Moore in the third quarter. Moore and a handful of teammates celebrated the score with a well-rehearsed celebration in the end zone.

It’s not the first time this season the Seahawks pulled off a choreographed dance routine. The team performed an NSYNC routine earlier this season.

Moore had two catches in the game for 65 yards and the touchdown. Wilson was 21-for-31 with 240 passing yards, two touchdown passes and an interception. His other touchdown pass was thrown to Rashaad Penny in the fourth quarter.

“Just couldn't be more excited to have that kind of win and put us at 10 wins, that's a nice spot for this time,” Seahawks coach Pete Carroll said after the game. “We kick it into the fourth quarter and now it's finish time.”

With the win, Seattle takes over first place in the NFC West division.

Minnesota fell to 8-4 on the season with the loss. The team is now one game behind the Green Bay Packers in the NFC North division.