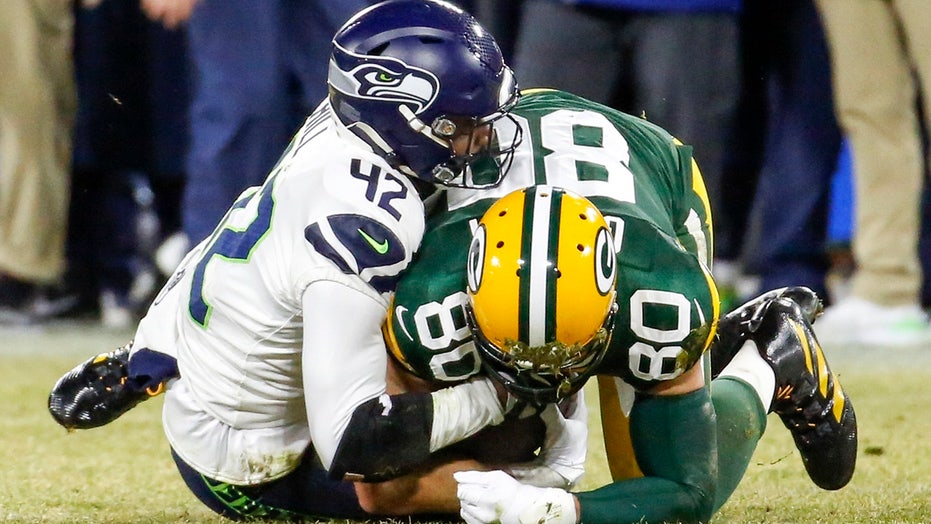 Seattle Seahawks fans learned the hard way Sunday night that football is a game of inches and a crucial spotting of the football by referees made all the difference in their loss against the Green Bay Packers.

On 3rd down, Packers quarterback Aaron Rodgers tossed a short pass to Jimmy Graham who ran for the first down. He was tackled by Seahawks safety Delano Hill at the marker.

At first glance, it appeared Graham had gotten the first down to ultimately seal the game for the Packers but other replays made it seem questionable. The referees reviewed the spot of the ball and determined that Graham had gotten the first down on the play. The Packers would then go into the victory formation to run the rest of the clock out and win the game, 28-23.

Seahawks fans took to social media to question the placement of the ball after the game with some feeling like they got screwed out of a chance to go to the NFC Championship game and possibly the Super Bowl.

However, others were quick to point out that the yellow line which symbolizes the first-down marker is unofficial and that the marker on the screen may have been misplaced.

With the win, the Packers make it back to the NFC title game for the first time since 2016. It is Rodgers’ fourth appearance in the conference title game. They will take on the San Francisco 49ers for the right to go to Super Bowl LIV.