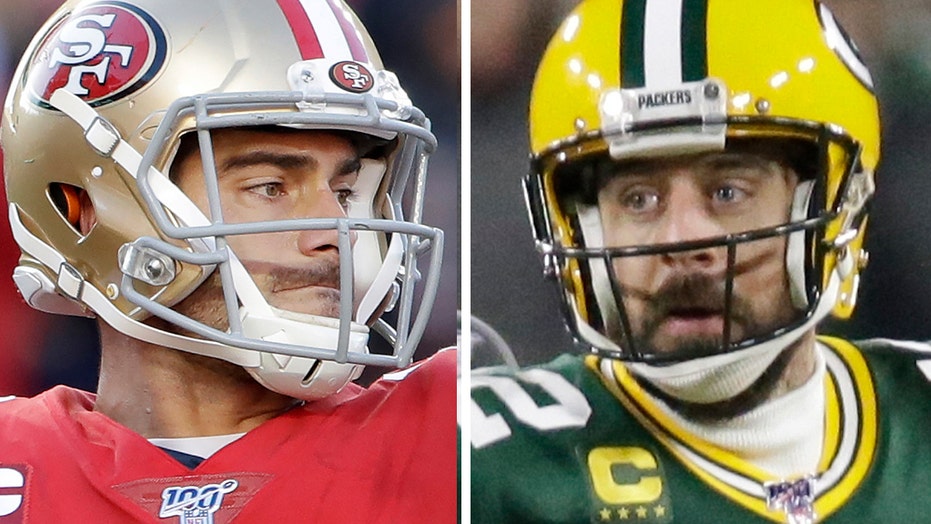 The San Francisco 49ers and the Green Bay Packers are set to face off in the NFC Championship on Sunday, Jan. 19, with both teams trying to make it back to the Super Bowl for the first time in several years.

The 49ers defeated the Minnesota Vikings on Saturday, 27-10, to reach the conference championship game. The Packers held off the Seattle Seahawks, 28-23, on Sunday to reach the title game.

Here are some things to know before next Sunday’s game.

The two teams met during the regular season. The 49ers blew the doors off the Packers, 37-8, at Levi’s Stadium. Aaron Rodgers was sacked five times and only threw for 104 yards in the loss. Jimmy Garoppolo had 253 passing yards and two touchdown passes in the win.

It will be Jimmy Garoppolo’s first NFC title game appearance since he took over as the team’s starting quarterback. The lack of playoff experience didn’t appear to diminish his performance against the Minnesota Vikings in the divisional round. He was 11-for-19 with 131 passing yards and had a touchdown pass in the win.

Aaron Rodgers will enter his third NFC title game. Rodgers has only made the Super Bowl once having lost in the conference title game the last two times he’s appeared in one. However, the veteran showed his poise against the Seattle Seahawks in the divisional round. He was 16-for-27 with 243 passing yards and two touchdown passes and had the game-sealing pass in the fourth quarter to Jimmy Graham.

Both 49ers coach Kyle Shanahan and Packers coach Matt LaFleur are making the conference title game for the first time as head coaches. It is Shanahan’s third season as head coach and LaFleur’s first. Shanahan had not had a winning record before the 2019 season. It will be interesting to see how each coach deals with the pressures of potentially making the Super Bowl.

Brett Favre helped the Packers beat the 49ers in the last meeting between the two teams in the NFC title game. (AP Photo/Morry Gash, File) (The Associated Press)

The 49ers and the Packers are both storied franchises with an incredible history. The 49ers have won five Super Bowls while the Packers have won four. These teams have played seven times in the playoffs – the last one coming in 2014. The 49ers got the best of the Packers in that game, 23-20, to advance to the divisional round.

The two teams last met in the NFC Championship game during the 1997 season. Brett Favre, Dorsey Levens and Antonio Freeman led the Packers to a, 23-10 victory. The 49ers only received a field goal from Gary Anderson and a 95-yard kickoff return for a touchdown from Chuck Levy. Steve Young was sacked four times and threw one interception in the loss.

Green Bay has won four of the seven playoff matchups between the two teams.

San Francisco 49ers' Raheem Mostert (31) celebrates with teammates after recovering a fumble against the Minnesota Vikings during the second half of an NFL divisional playoff football game, Saturday, Jan. 11, 2020, in Santa Clara, Calif. (AP Photo/Tony Avelar)