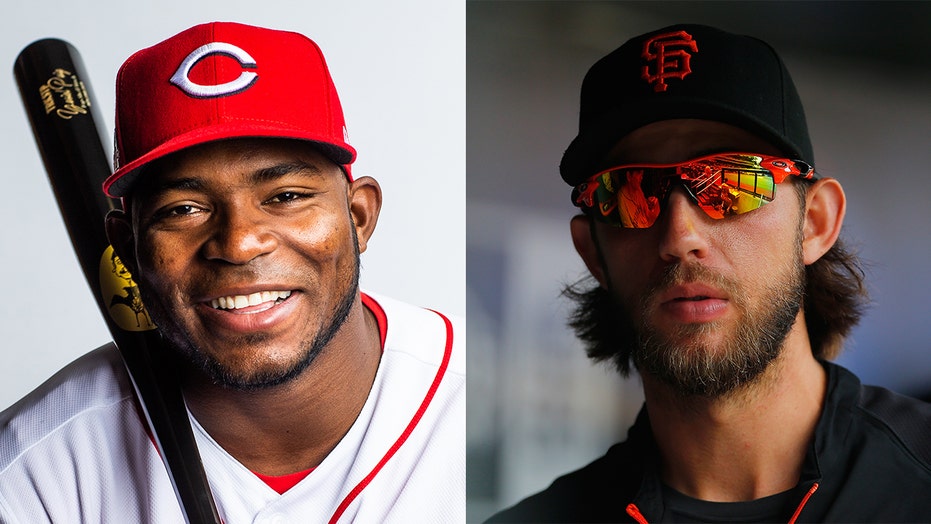 San Francisco Giants pitcher Madison Bumgarner on Sunday continued his longtime feud with Yasiel Puig of the Cincinnati Reds after the outfielder punctuated a leadoff home run with a bat flip.

Bumgarner opened the sixth inning against Puig, throwing a first-pitch inside fastball that the slugger smashed into the seats in left-field for his third-ever homer off the ace. Puig admired the shot and tossed his bat before trotting the bases.

The three-time World Series champion responded to his rival’s long drive after the game.

“He’s a quick study. It only took him seven years to learn how to hit that pitch,” Bumgarner told Andrew Baggarly of The Athletic.

The rivalry between the two players began when Puig played for the Los Angeles Dodgers and has included bat flips and a hit-by-pitch. It heated up in 2016 when Bumgarner caught Puig looking back at him after being thrown out at first base. The lefty reportedly yelled, “Don’t look at me,” which led to a bench-clearing brawl.

Puig and his teammates poked fun at Bumgarner following the incident, wearing shirts that said “#DontLookAtMe.”

In the Giants 6-5 comeback victory over the Reds Sunday, Bumgarner allowed four runs — two earned — and eight hits in six innings. Puig homered for the second straight day, giving him seven this season.