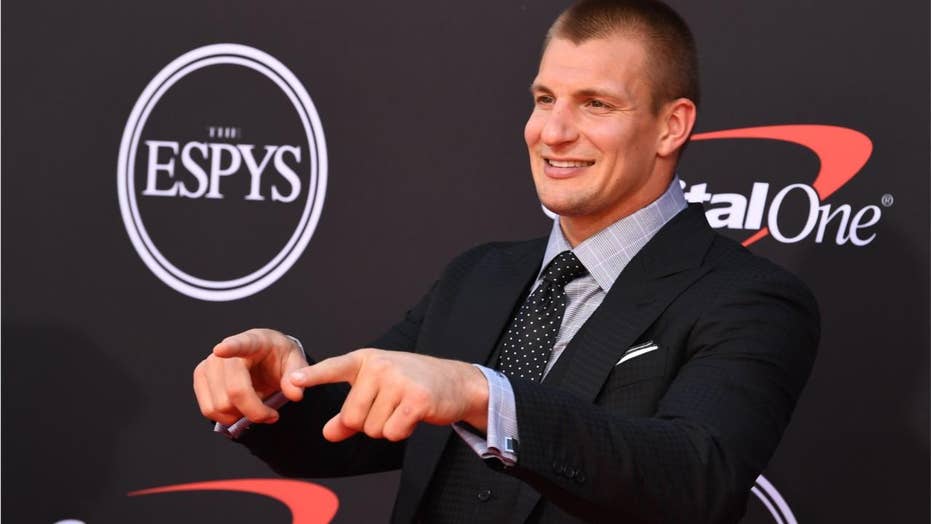 During a sit down interview with NBC News, Former NFL tight end for the New England Patriots, Rob Gronkowski talked about the injuries he’s played through and why he retired.

Rob Gronkowski revealed in an interview Wednesday the horrifying effect his successful NFL career had on his body both physically and mentally.

Gronkowski told NBC News that he had a “centimeter of liquid” in his head at points during his nine-year career with the New England Patriots -- where he won three Super Bowl titles.

“No lie, I felt my head, I used to have liquid,” the former tight end said. “It used to be thick, like, my head used to be thicker—a centimeter of liquid in some spots. And you'd be like, what the heck? You could put indents in my head.”

Gronkowski also noted that he experienced some “mood swings,” which he said was caused by potential brain injuries he suffered playing football.

His latest comments came after Gronkowski announced his partnership with CBDMEDIC to advocate for CBD use for pain relief.

While Gronkowski left the door open for a potential return to the football field, he noted that he suffered a severe quad injury against the Los Angeles Rams in the Super Bowl.

“I got done with the game, I could barely walk,” he said. “Now I can barely walk. I’m at the after-party, I sit down and I’m just chilling all day, like the rest of the night until 3 a.m. I try to go to bed, I slept for five minutes that night. I couldn’t even think. I was in tears, in my bed, after a Super Bowl victory.”

Gronkowski said he couldn’t sleep for more than 20 minutes. He said two weeks after the Super Bowl he had to get 200 milliliters of blood drained from his leg. Then a week after that another 500 milliliters and then another 300 milters one more week later, for a total of 1 liter.

Gronkowski retired in March and, while the speculation has been that he would return to the Patriots at some time, the devastating effects of playing football appear to be weighing heavily on the all-time great.