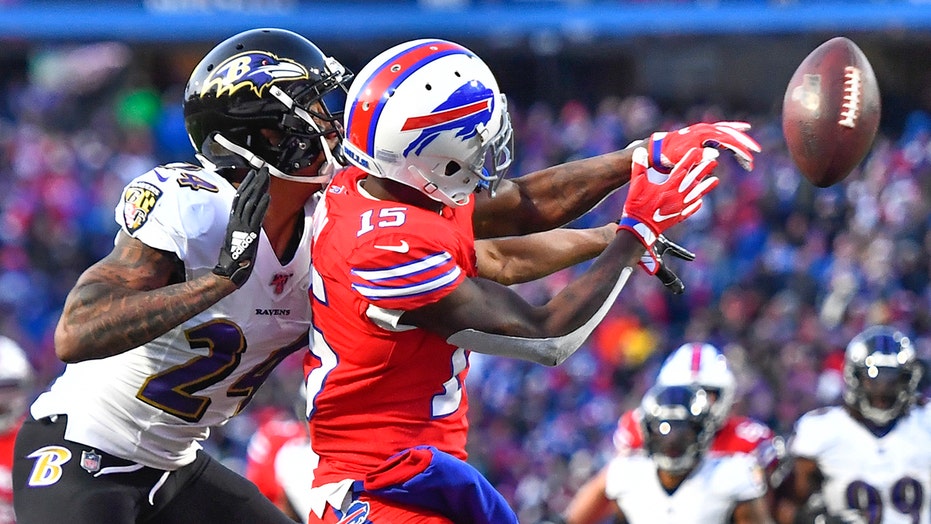 Baltimore Ravens cornerback Marcus Peters was fined more than $14,000 on Saturday for drinking a beer in the stands at New Era Field last week while celebrating a key play against the Buffalo Bills.

Peters deflected a pass at the end of the Ravens’ game against the Bills last Sunday with 1:03 remaining in the game. The play sealed the win for the Ravens and helped them clinch a playoff berth in the AFC.

The veteran defensive back was then seen in the stands and shot-gunned a can of beer while sitting on the railing with his back turned to the fans. He was fined $14,037 for his actions.

Peters responded on Twitter upon the announcement he was fined. He tweeted several beer emojis.

The Ravens acquired Peters in a midseason trade with the Los Angeles Rams. In eight games with Baltimore, Peters has provided the team’s secondary with the jolt they needed to get back to the playoffs. He has three interceptions as a member of the Ravens and two touchdowns. He has an NFL-leading five total interceptions between playing for the Rams and Ravens.

Baltimore defeated the Bills last Sunday and defeated the New York Jets on Thursday. The Ravens have won eight straight games and are one of the hottest teams in football led by potential NFL MVP Lamar Jackson at quarterback.