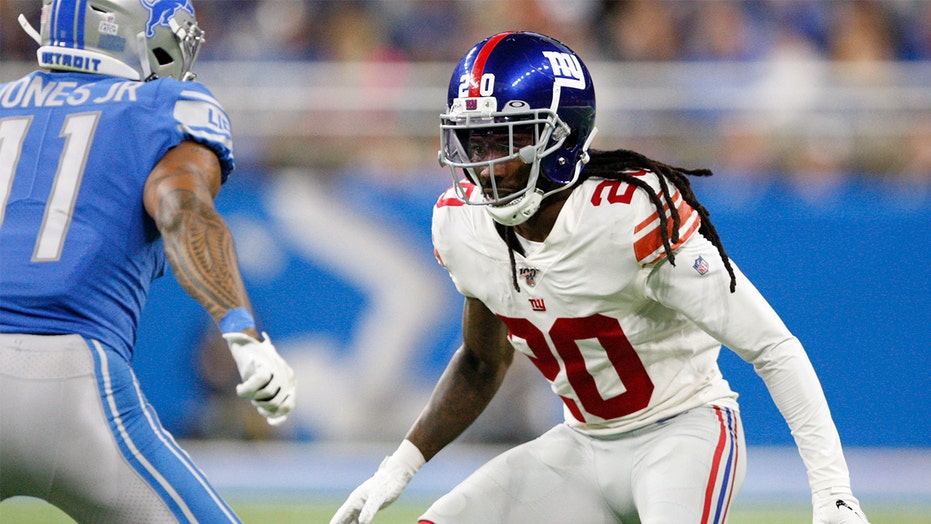 The New York Giants cut cornerback Janoris Jenkins Friday morning after the organization said he refused to acknowledge the “inappropriate and offensive language” he used while tweeting at a fan during Wednesday’s practice.

Jenkins missed practice all week due to an ankle injury he sustained during Monday night’s loss against the Philadelphia Eagles. On Friday, head coach Pat Shurmur announced that Jenkins had been waived following an exchange with a fan on Twitter where he used a derogatory term.

“This was an organizational decision,” Shurmur said. “From ownership to management to our football operations, we felt it was in the best interests of the franchise and the player. Obviously, what happened this week, and the refusal to acknowledge the inappropriate and offensive language, was the determining factor.”

Jenkins found himself in hot water Wednesday after he responded to a fan - during a team practice - who was criticizing him for not contributing this season.

Shurmur made it clear at the time that he was disappointed in the player’s use of social media during practice. Jenkins claimed the next day that it wasn’t during practice because there’s “no service in the training rooms.”

Jenkins issued an apology tweet shortly after his initial post, saying he meant no “HARM." However, the tweet had not been deleted as of Friday afternoon.

What might have been the final blow for the cornerback came Thursday inside the locker room where Jenkins offered reporters excuses, instead of apologies, as to why he chose to call the fan the offensive term he used.

“At the end of the day, it’s just a part of my culture, a part of my slang that I use. I wasn’t calling nobody no name," he said.

BILL BELICHICK COULDN’T CARE LESS ABOUT SOCIAL MEDIA: ‘THERE’S NO CELL PHONES OUT THERE ON THE FIELD’

“Like I said, it’s just a slang that I use with my homeboys or back at home in the hood,” he continued before he was cut off by a reporter who said, “that doesn’t really make it right.”

“I never said it was right,” Jenkins fired back. “If you take it, how you gonna take it, that’s on you.”

Jenkins took to Twitter shortly after news of his release and appeared not to be bothered by it.

Jenkins was in his fourth season with the Giants and played in all 13 games this season. He has tied a career-high with four interceptions this season and has 54 combined tackles.