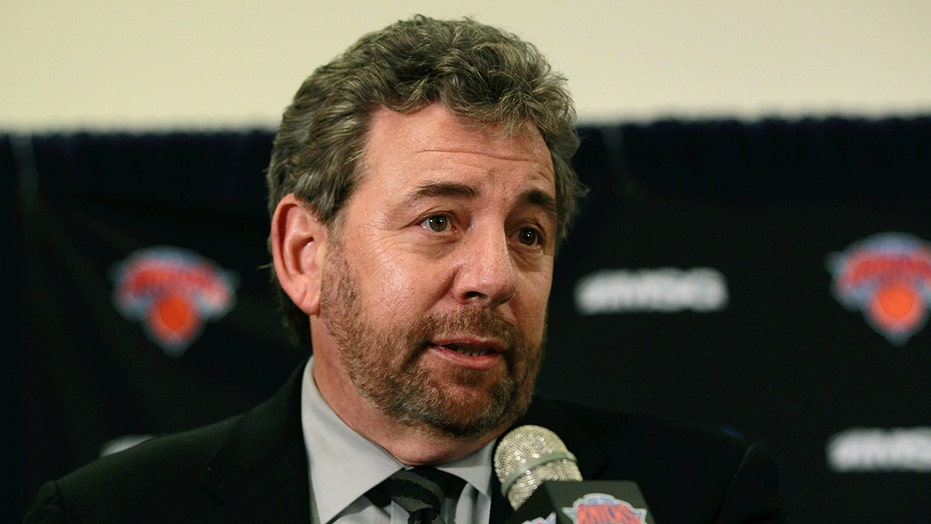 James Dolan said in a company email on Tuesday the New York Knicks and New York Rangers organizations “vehemently condemn and reject racism against anyone,” after he faced backlash for an earlier internal memo which stated that they were “not more qualified than anyone else to offer our opinion on social matters.”

As professional sports teams across the nation issued statements this week on the police-involved death of George Floyd in Minneapolis, all eyes were on Dolan as the Knicks and Rangers organizations had not issued a public statement of their own.

An internal email surfaced Monday in which Dolan addressed concerns about whether the company would make a public statement.

“We know that some of you have asked about whether our company is going to make a public statement about the killing of George Floyd by a Minneapolis police officer,” said the email, obtained by ESPN.

“I want you to know, I realize the importance of this issue. Therefore, I want you to understand our internal position. This is a turbulent time in our country. The coronavirus and civil unrest have taken their toll on our way of life. We at Madison Square Garden stand by our values of a respectful and peaceful workplace. We always will.”

It continued: “As companies in the business of sports and entertainment, however, we are not any more qualified than anyone else to offer our opinion on social matters. What’s important is how we operate. Our companies are committed to upholding our values, which include creating a respectful workplace for all, and that will never change. What we say to each other matters. How we treat each other matters. And that’s what will get us through this difficult time.”

RANGERS’ K’ANDRE MILLER ON BEING TARGET BY RACIAL SLURS IN APRIL ZOOM CALL: ‘IT’S SOMETHING THAT I WON’T EVER FORGET’

Dolan’s message was met with major public backlash, prompting him to send out another memo on Tuesday clarifying his remarks.

"Yesterday, I made a sincere attempt to provide my perspective on a very difficult issue, one that has no easy answers," said the second email, obtained by ESPN. "I know how important this topic is to so many, and I do not want there to be any confusion about where I as an individual, or we as a company stand. So let me be clear: we vehemently condemn and reject racism against anyone, period.

“My point yesterday was about actions, and the importance of living your values," his email continued.

CLICK HERE TO GET MORE SPORTS COVERAGE ON FOXNEWS. COM

While neither the Rangers nor the Knicks have issued public statements on the death of George Floyd, each organization posted a black square to their respective Instagrams as a part of #BlackoutTuesday.