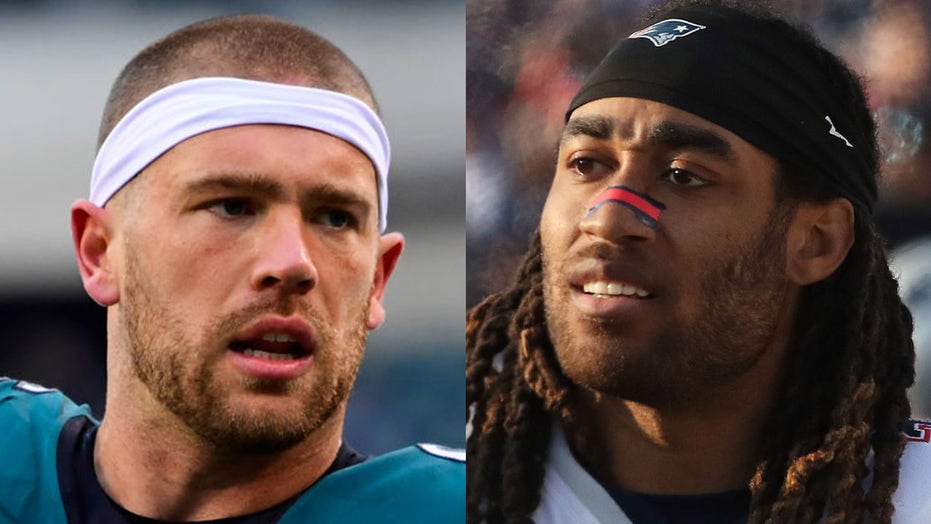 New England Patriots cornerback Stephon Gilmore is one of the best players in the NFL at his position and proved it Sunday in a win over the Philadelphia Eagles, keeping tight end Zach Ertz in check.

Though Ertz caught nine passes for 94 yards, he failed to score a touchdown. Eagles coach Doug Pederson also credited the Patriots for being able to contain Carson Wentz’s favorite target.

FILE - In this Oct. 10, 2019, file photo, New England Patriots cornerback Stephon Gilmore is shown during an NFL football game against the New York Giants, in Foxborough, Mass. Despite showing some vulnerability in their loss to the Ravens, the Patriots' defense remains one of the NFL's best heading into the second half of 2019. (AP Photo/Winslow Townson, File)

Gilmore, however, gave some different analysis when talking about Ertz and how the tight end was allegedly complaining to the referees about the lack of calls going his way.

Gilmore said he had to adjust covering a tight end like Ertz because he’s not as quick as some of the other receivers he covers normally.

“You can see it on film. Ertz is a fast guy, but like I said, I've guarded faster guys. I gotta really slow down and not get on top like I play receivers. Let him beat me a little bit. If I play on top he'll push me off. That's the game plan I had.”

Gilmore was a First-Team All-Pro selection last season and has not taken a step back. Through 10 games, he has three interceptions, 11 pass defenses, 29 total tackles, and one touchdown. He’s certainly on his way to receiving another All-Pro nod.