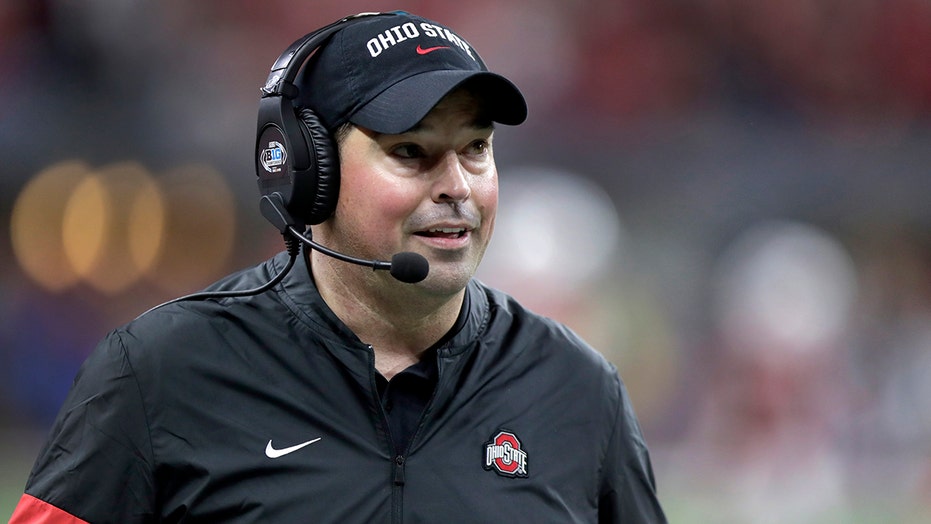 Ohio State head football coach Ryan Day has spoken out. The Buckeyes want an opportunity to compete for a National Championship this college football season.

“While I understand the Big Ten Conference’s decision to postpone the football season because of health and safety considerations, the communication of information from the Big Ten following the decision has been disappointing and often unclear,” Day said in a statement Thursday. “However, we still have an opportunity to give our young men what they have worked so hard for: a chance to safely compete for a national championship this fall."

TRUMP SAYS HE TALKED WITH BIG TEN COMMISSIONER ABOUT FOOTBALL SEASON: 'ON THE 1 YARD LINE!'

Day continued: “I couldn’t possibly be prouder of how this team, our medical personnel, athletic director and president have stayed together and managed through this extremely difficult time with so many unanswered questions. The Big Ten medical subcommittee has done an excellent job of creating a safe pathway toward returning to play in mid-October.

“These young men and their parents have asked so many questions that I do not have an answer to, but the one that hurts the most is, ‘Why can these other teams and players play and we can’t?’ Duke is playing Notre Dame, and Clemson is playing Wake Forest this weekend,” Day said. “Our players want to know: why can’t they play?”

The Big Ten announced Aug. 11 it would move its football season from fall to spring semester because of health risks associated with the coronavirus pandemic. The Pac-12 followed suit, joining the Mid-American and the Mountain West Conferences.

The possibility of a postponed or canceled season drew a mixed response this week, with several prominent college football players and head coaches arguing the season should occur as scheduled. Day and Penn State University head coach James Franklin each spoke out in favor of a season.

At the time, President Trump said it would be a “tragic mistake” if the college football season was canceled.