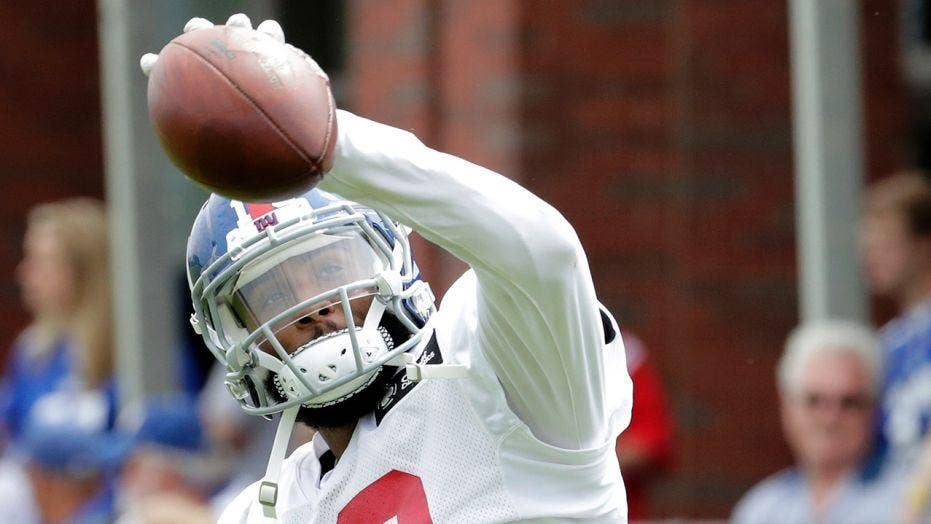 Odell Beckham Jr., fresh off signing a five-year, $95 million contract extension with the New York Giants, joined LeBron James' HBO show "The Shop" on Tuesday and explained that he has felt like a "zoo animal" at times during his young career.

Beckham, who is known for his exuberant celebrations and cockiness on the field, was made the highest-paid wide receiver in football Monday. He told James about how he thinks he's perceived.

“To me, I be feeling like, I tell people this all the time -- I really feel like a zoo animal. Like that’s where life’s gone for me,” he said. “You know, you used to take your kids to the zoo and we used to be like, you know, 'I want to see the lions' or 'Let’s go see the lions.' And you go out there, and the lions are laid out. You know what I mean?

Beckham and James also talked about the expectations that come with being a black athlete. The Los Angeles Lakers star said there’s a double standard when it comes with being African-American, saying there would be a different response if he did one thing and a guy like Aaron Rodgers did it too.

“And we’re doing the same s---, the same exact s---, I’m talking about the phone is on. We’re like, ‘Yo, get that f-----g phone out of my face. I’m with my family.’ If we’re out with our family, and we say that s---, and somebody posts it, and if Aaron Rodgers or one of those guys say that s---, and they post it, somebody’s going to be like, ‘Hey you guys should respect Aaron Rodgers,’” James said.

Beckham then told the story about an interaction with a fan who wanted to take a picture with him.

“The Shop” vows to have “spirited, free-flowing discussions” and will air periodically throughout the year.