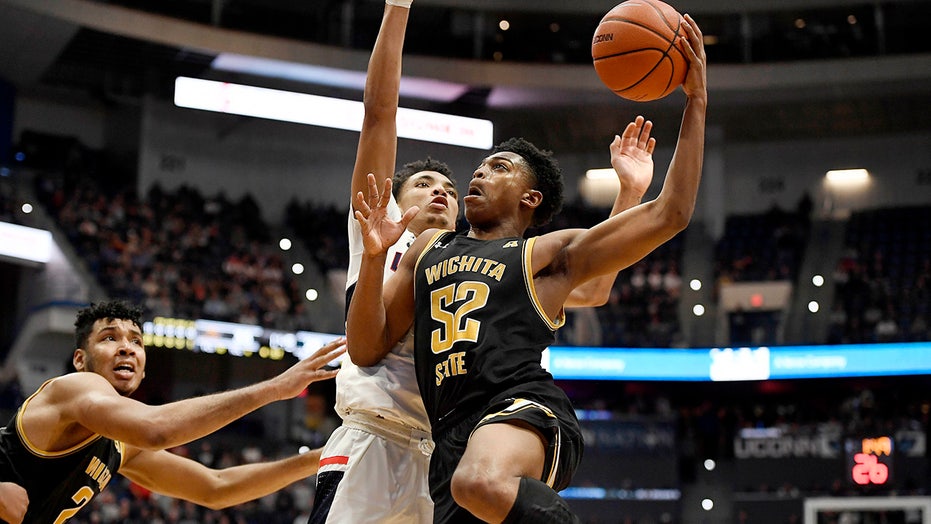 No. 23 Wichita State blew a nine-point lead in the final minute of regulation, but came back to beat UConn 89-86 in two overtimes on Sunday.

Wichita State seemed to have the game in hand, leading 69-60 with just over a minute left after a pair of free throws from Stevenson.

But the Huskies' pressing defense forced several turnovers including a shot-clock violation that gave the Huskies the ball down 69-66 with just over 10 seconds left.

Sidney Wilson’s 3-pointer from the left baseline tied the game at 69, and he blocked Dennis’ shot to force overtime.

A free throw from UConn's Josh Carlton sent the game into a second overtime.

Tyson Etienne opened the second extra period with a three-point play and Wichita State never gave the lead back.

UConn had a chance to tie it, but Morris Udeze drew a charge on Alterique Gilbert and Vital missed a 3-pointer with 2 seconds left.

The Shockers were playing only their second true road game of the season. They previously won at Oklahoma State.

UConn played without forward Tyler Polley, who suffered a knee injury in practice on Friday and will miss the remainder of the season. UConn said the junior tore the ACL and medial meniscus in his left knee. He is scheduled to undergo surgery this coming Friday. Polley started every game this season. He averaged 9.5 points and 3.2 rebounds and scored 19 points with a career-high 11 rebounds Wednesday in a win over Tulane.

UConn also travels to Philadelphia for a game on Saturday against Villanova.