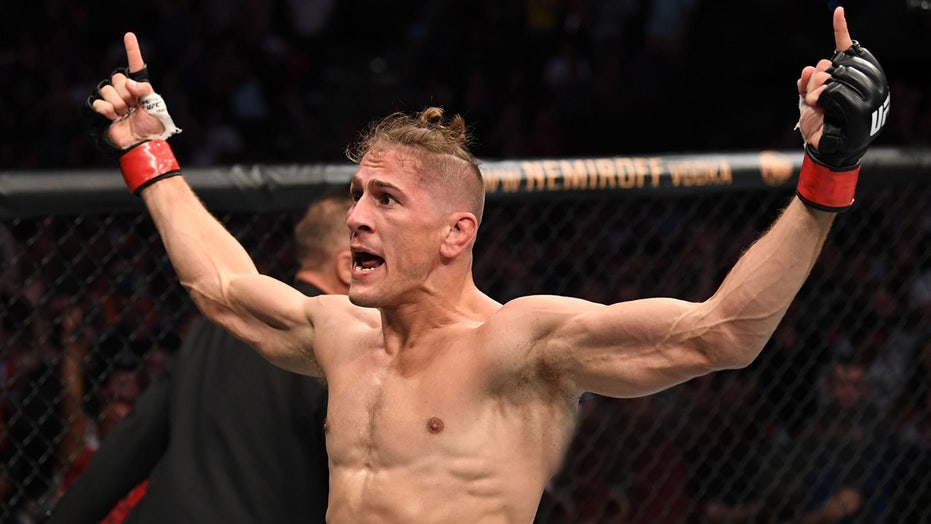 Niko Price let James Vick know Saturday you should never take your eyes off your opponent.

Late in the first round of their welterweight fight at UFC Fight Night 161 in Tampa, Fla., Vick appeared ready to deliver a brutal round of ground-and-pound on Price. He tried to grasp at Price’s legs so he could position himself on top of him, but the unthinkable happened.

From his back, Price delivered an upkick square to Vick’s face, knocking him out. Price then punched Vick a few times in the face as the referee called the match.

“When I did [the upkick], I was like, ‘Who else does that?’” Price said after the fight, according to MMA Junkie. “I figured I did, but I wasn’t getting excited until I waited and I saw my name on Instagram with 50k next to it.”

He added: “I went for that takedown, horrible takedown – but I pulled him on top of me and it worked out for the best. I caught him with the upkick with the heel. Boom.”

It was reportedly just the second time in UFC history that an upkick has finished a fight.