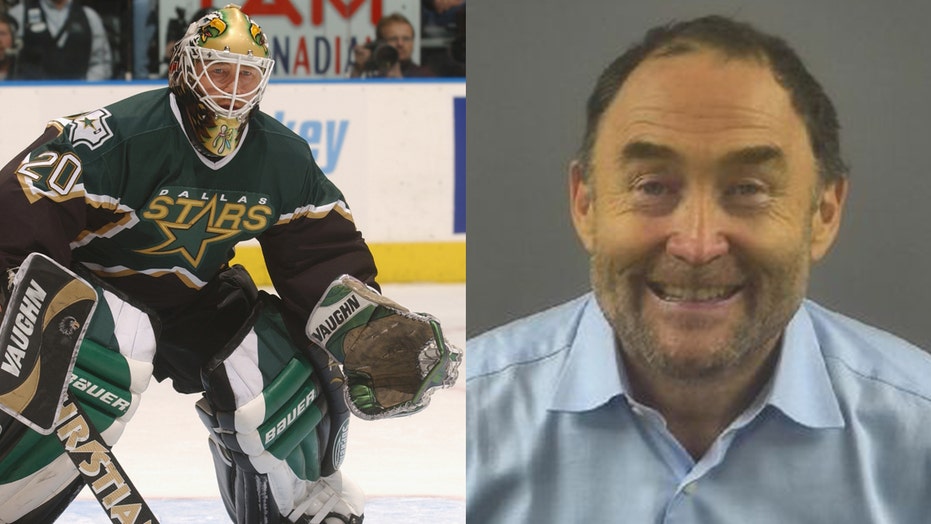 NHL Hall of Fame goalie and Ed Belfour was self-admittedly “out of control” last month when he was arrested at a Kentucky hotel on a public intoxication charge, newly released police video of the incident showed.

Bowling Green Police Department bodycam footage showed the moment Belfour, 54, was found on the ground of the Kentucky Grand Hotel and Spa at around 1 a.m. on Jan. 28.

In the video obtained by TMZ Sports on Tuesday, Belfour can be seen on the ground holding a curtain rod that appeared to have been ripped from the wall. Several officers are heard asking the former hockey pro to identify himself as he lay on the ground in silence before being taken into custody.

An employee of the hotel informed law enforcement that Belfour had been kicking the locked door to the spa in addition to damaging hotel property.

An incoherent Belfour can repeatedly be heard telling police, “I did not want to cause problems.”

He was later asked what happened by police, to which he said: “I was out of control.”

Earlier in the night, Belfour was allegedly drinking at the hotel bar where he got into an argument with the manager and then hit a window, The Dallas Morning News reported, citing police records.

That’s when he went up to the second floor and a 911 call was placed. He was charged with criminal mischief and public intoxication.

Former Goaltender Ed Belfour #20 of the Dallas Stars readies for the shot against the Toronto Maple Leafs during the NHL game at Air Canada Centre in Toronto, Ontario, Canada. (Photo by Dave Sandford/Getty Images/NHLI)

Belfour played for the Dallas Stars for five seasons and helped the franchise win its only Stanley Cup title in 1999. He was later inducted into the NHL Hall of fame.