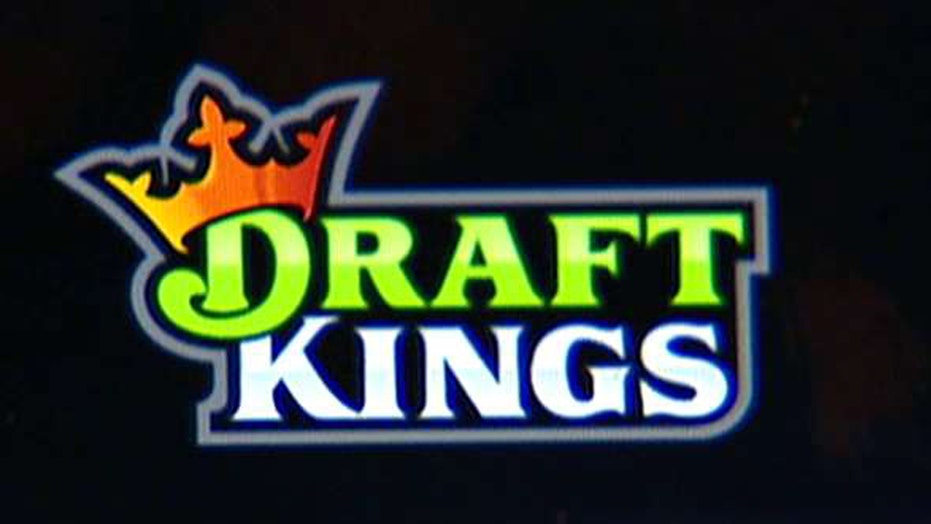 DraftKings, FanDuel told to turn over details of any investigations into their employees

NEW YORK – New York's attorney general has sent letters to daily fantasy sports websites DraftKings and FanDuel demanding they turn over details of any investigations into their employees.

The letters were prompted by media reports a DraftKings employee may have had access to valuable company data before winning second place in a FanDuel contest. The incident is being likened to insider trading.

The companies posted an unusual joint statement on their sites saying they have no evidence anyone misused information for profit. The employee won $350,000 for coming in second place in the contest, which cost $25 to enter and featured $5 million in cash winnings, including $1 million to the winner.

Fantasy sports participants put together virtual teams based on real players and compete based on the players' statistics.

Attorney General Eric Schneiderman on Tuesday asked for the names, job titles and descriptions of employees who compile and aggregate data including pricing algorithms and athletes' ownership percentages for past contests.

He wants the companies to explain their policies or practices prohibiting employees from playing daily fantasy sports.

The new scrutiny comes at a time when the daily fantasy industry is booming and DraftKings and FanDuel are spending tens of millions of dollars on advertising which touts the ability of contest winners to get rich playing daily fantasy sports.

It also comes at a time when there are still gray areas surrounding the legality of the contests, and no independent oversight over how the contests are run and whether everyone who enters is on a level playing field.

"One really has to ask questions over at DraftKings what regulations they have in place and why an employee has access to so much information," said Marc Edelman, a law professor and sports business scholar at Baruch College, City University of New York. "One thing I find grossly troubling about DraftKings is they spend so much time and money advertising and a lot less time in internal controls and operating in a risk averse manner."

DraftKings did not respond to questions about what policies and controls it has in place, but a spokeswoman for FanDuel said her company does not believe there was any attempt to manipulate its contest.

"We operate based on the trust of our players," Justine Sacco said. "This is not a new issue for us as a company or an industry and maintaining the integrity of our contests and games is paramount to sustaining and growing our business."

The broader issue is whether players who put up entry fees to try and win money in the contests can be sure that insiders — or anyone else — is getting an unfair advantage. There is no regulation of online daily fantasy, which has exploded the past two years into an industry where billions of dollars are at stake.

Joe Asher, who heads U.S. operations for the William Hill sports betting chain, said daily fantasy is gambling and should be regulated by the government, just as sports books are regulated in Nevada to ensure everything is on the up-and-up.

Edelman said the risk for the sites and their investors — Major League Baseball is among those with a deal with DraftKings — is whether insider information could be used to win contests.

"There's a big difference between fixing a game in sports betting and trading on insider information in daily fantasy," Edelman said. "It might be difficult to convince a team or a member of a team to lose on purpose. It's a lot easier to have material information about a player's mentality or physical condition no one else does and pass that along."