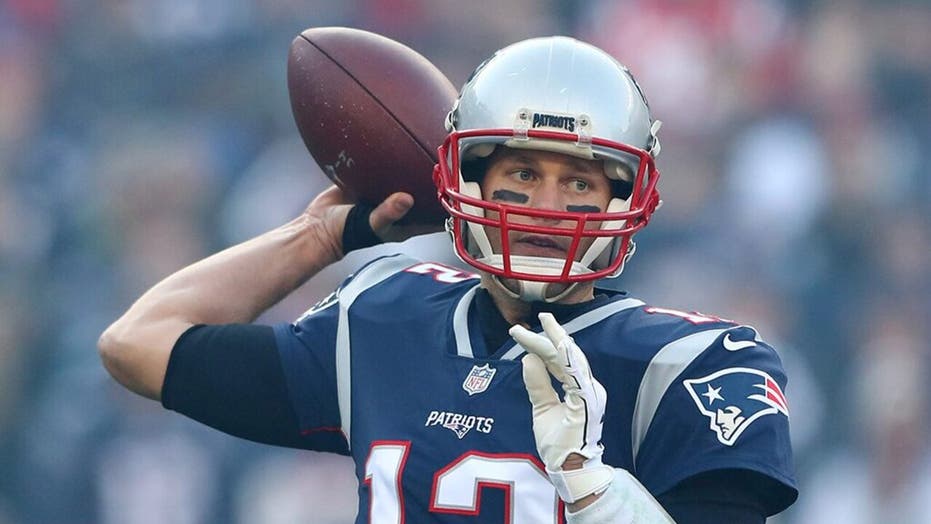 The New England Patriots were founded in 1959 as the Boston Patriots, and they eventually joined the NFL in the 1970 merger.

Bill Belichick and quarterback Tom Brady took over as the faces of the franchise in 2000. Brady replaced Drew Bledsoe early in the season and led the Patriots to their first Super Bowl title. Since then, New England claimed 16 out of 18 AFC East titles and the Patriots won six Super Bowls during the Belichick/Brady era. As a franchise, they are tied with the Pittsburgh Steelers for the most Super Bowl victories in league history.

When you're an all-time great franchise, it's hard to narrow it down to the four best players in team history.

So, when it comes down to the best of the best, which players can line up on the Mount Rushmore of Patriots? Read below for a list of the four greatest players the franchise has ever seen.

Tom Brady, arguably the greatest quarterback of all-time, is a no-brainer for the Patriots' Mount Rushmore. (AP Photo/Mark Tenally, File)

It's a no-doubt-about-it selection. Yes, Tom Brady, arguably the greatest quarterback of all-time, is on the Patriots' Mount Rushmore. The future Hall of Famer spent 20 seasons with New England, played in nine Super Bowls, and has six titles, which is the most of any player in NFL history. Brady also has a league-record four Super Bowl MVPs.

Brady, the 199th draft pick in the 2000 NFL Draft, is also a three-time regular-season MVP, 14-time Pro Bowler, and five-time All-Pro, three of which are first-team selections. Brady was the NFL Comeback Player of the Year in 2009, he led the league in passing yards three times, passer rating twice, and passing touchdowns and completion percentage once each.

Now a member of the Tampa Bay Buccaneers, Brady was a part of the NFL's 2000s All-Decade Team, and he was a unanimous selection for the 2010s All-Decade Team. He was also a lock for the NFL's 100th Anniversary All-Time Team. Five years after he retires, Brady will undoubtedly be a first-ballot Hall of Famer, and he will be inducted into the Patriots' Hall of Fame.

John Hannah is considered to be an all-time great lineman. (AP Photo)

John Hannah, a left guard for the Patriots from 1973-1985, is one of the greatest offensive linemen in NFL history. Back in 1999, Sporting News ranked Hannah as the second-best offensive lineman of all-time behind Cincinnati Bengals legend Anthony Munoz.

Hannah, the inaugural induction into the Patriots' Hall of Fame, was a nine-time Pro Bowler and 10-time All-Pro during his playing career. He was a part of the NFL's '70s and '80s All-Decade Teams, as well as the league's 75th and 100th Anniversary All-Time Teams.

Inducted into the Pro Football Hall of Fame in 1991, Hannah has his No. 73 jersey retired by the Patriots.

Rob Gronkowski is one of the best tight ends in NFL history. (Photo by Kevin C. Cox/Getty Images)

Rob Gronkowski, who won three Super Bowls in nine seasons with the Patriots, is arguably one of the greatest tight ends to ever play in the NFL.

Gronkowski, the 2014 Comeback Player of the Year, is a four-time first-team All-Pro, and five-time Pro Bowler. He was a part of the NFL's 2010s All-Decade Team, as well as the league's 100th Anniversary All-Time Team.

Ty Law is a three-time Super Bowl champion with the Patriots. (AP Photo)

All-time great cornerback Ty Law was a part of the Patriots from 1995 to 2004. Law, a three-time Super Bowl champion with New England, was a five-time Pro Bowl selection, as well as two-time first-team All-Pro honoree.

Law joined the Patriots' Hall of Fame as its 20th member, and he was inducted into the Pro Football Hall of Fame in 2019.