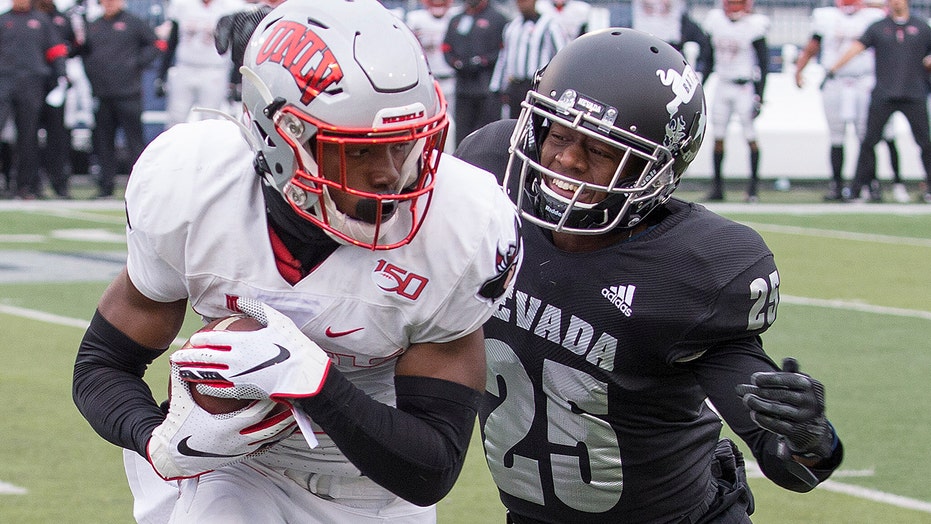 The fight appeared to have started right as UNLV players were celebrating the win over the Wolfpack. Nevada defensive back Austin Arnold may have initiated the brawl after punching UNLV quarterback Kenyon Oblad in the back of the head. It was unclear if words were exchanged before the punch.

The fight escalated toward the back of the end zone. It took several moments for the fight to be broken up. Rebels players were then seen taunting Nevada fans as they walked off the field.

Each school’s athletic director released a joint statement on the fight later on Saturday.

“The events that occurred following today’s football game have no place in college athletics and we are deeply disappointed by this incident, which detracts from what was a hard-fought and emotional football game between our state’s only two NCAA programs,” the statement read.

“We are examining all available video from the incident and working with the Mountain West office in a full review. Additionally, we are working with the University of Nevada, Reno Police Department to review the actions on the field and in the stands after the game.

“Rivalry games are at the heart of what should be great about intercollegiate athletics. We will continue to prioritize sportsmanship at all of our events, especially those between our two great institutions.”

UNLV won the game 33-30. The Rebels moved to 4-8 on the season and the Wolfpack fell to 7-5. Nevada is bowl eligible. Both teams could face some kind of discipline over the fight.