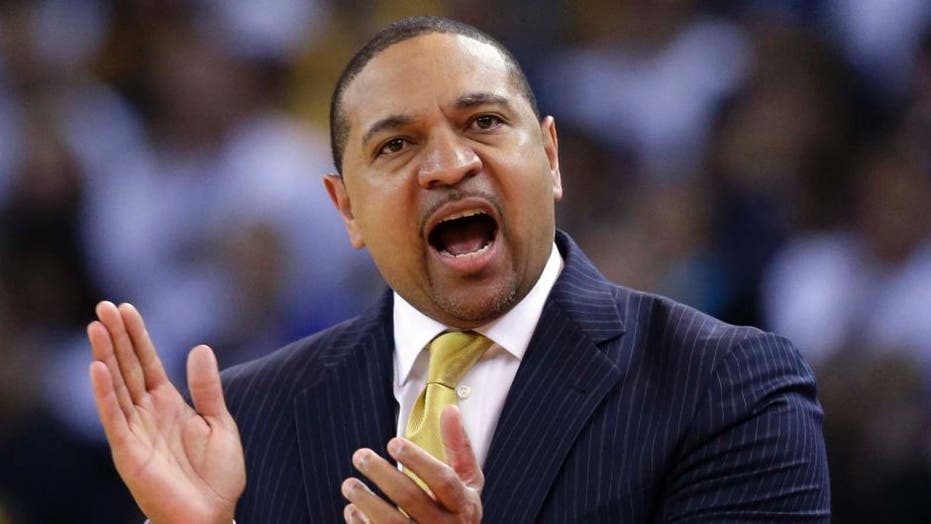 Andre Iguodala said Tuesday he believes former Golden State Warriors coach Mark Jackson is “absolutely” being blackballed by the NBA and it might be because of "politics" behind the scenes.

Iguodala appeared on New York City radio’s “The Breakfast Club” and was asked about Jackson’s tenure with the Warriors – in which he lasted three seasons between 2012 - 2014 and got better each year eventually leading them to 51 wins but an early playoff exit. He was replaced by Steve Kerr who won a title the following season.

Iguodala was asked whether Jackson, an ordained minister, forced the team to attend church. Iguodala said the team went to church “regardless.” The 2015 NBA Finals MVP then dove into some of the rumors regarding Jackson’s firing.

“You know how it is. Once they want you out, they’re going to find something,” Iguodala said.

He added: “One particular issue was, from what I heard, his views on gender or marriage, or what the Bible said about your sexuality.”

Iguodala noted that he heard one of the conflicts was with Warriors COO Rick Welts, a Basketball Hall of Fame executive who is openly gay.

“So there were conflicts with that,” he said. “It was widespread. Everyone was talking about that.”

Jackson was fired in May 2014. Warriors CEO Joe Lacob said afterward that Jackson “couldn't get along with anybody else in the organization.”

Since then, Jackson became a prime fixture on ESPN’s NBA telecasts alongside Mike Breen and Jeff Van Gundy.