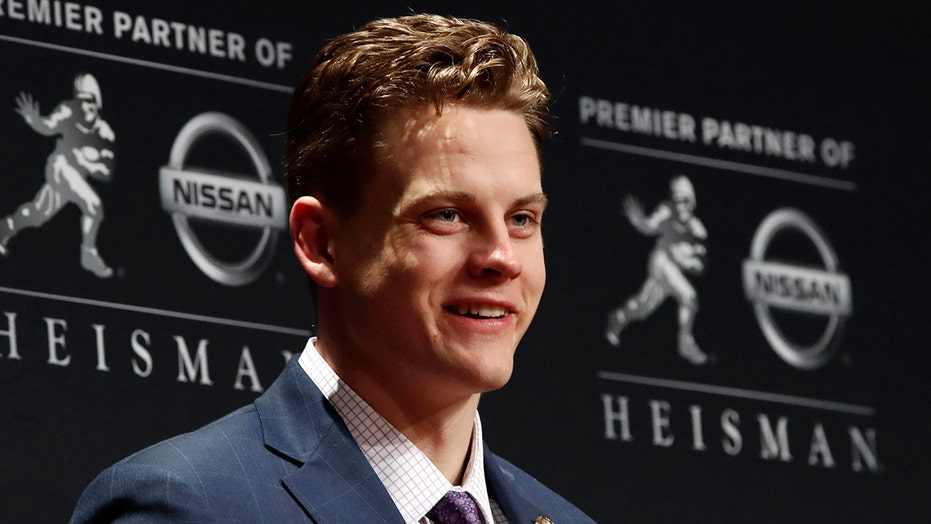 LSU quarterback Joe Burrow won the Heisman Trophy as the nation’s top college football player Saturday and left no dry eye in the building with an emotional speech.

Burrow was choked up talking about LSU head coach Ed Orgeron and thanked him for giving him a chance to play for the Tigers. Burrow transferred to LSU prior to the start of the 2018 season after having played sparingly at Ohio State from 2015 to 2017.

“Coach O, you have no idea what you mean to my family,” Burrow said. “I didn’t play for three years. You took a chance on me not knowing if I could play or not. I’m forever grateful for you.

“I sure hope they give him a lifetime contract.”

Burrow has led the Tigers to 14 straight wins dating back to last season. LSU is 13-0 this season and is the No. 1 team in the College Football Playoff and the reigning SEC champions.

Burrow has played in all 13 games this season. He has thrown for 4,715 passing yards and 48 touchdown passes. The senior has led the Tigers to crucial wins over Auburn, Alabama and Georgia this year.

The Tigers are set to take on Oklahoma in the first round of the College Football Playoff on Dec. 28.