Saturday's historic disqualification of Kentucky Derby first-place finisher Maximum Security resulted in a "Run for the Roses" victory for second-place finisher Country House -- and an anticlimax that will likely be debated for decades.

It also left some of the victors, including Country House's trainer, with an unsatisfyingly tainted triumph instead of a more definitive sense of accomplishment.

“It’s bittersweet. You always want to win with a clean trip and have everybody recognize the horse as the very good horse and great athlete that he is,” Hall of Fame trainer Bill Mott said of his first win in horse racing's signature event. “Due to the disqualification, I think some of that is diminished.”

“It’s bittersweet. You always want to win with a clean trip and have everybody recognize the horse as the very good horse and great athlete that he is. Due to the disqualification, I think some of that is diminished.”

Maximum Security was initially declared the winner of Saturday’s 145th running of the Derby at Churchill Downs in Lousiville, with a 1-2/4-length victory over Country House. But then objections were raised over Maximum Security's win for alleged interference. After a 22-minute delay to review video of the race, stewards overturned the results and sent 65-to-1 long shot Country House to the winner's circle.

Luis Saez rides Maximum Security across the finish line first followed by Flavien Prat on Country House during the 145th running of the Kentucky Derby horse race at Churchill Downs Saturday, May 4, 2019, in Louisville, Ky. Country House was declared the winner after Maximum Security was disqualified following a review by race stewards. (Associated Press)

Maximum Security co-owner Gary West criticized the decision as the “most egregious disqualification in the history of horse racing, and not just because it’s our horse.” He said he was still figuring out his next step, which could include appealing the decision. He denied his horse cut his competitors off.

Saturday’s event brings to mind other examples of victories that were diminished in some way -- whether because of controversial decisions, slip-ups or questionable behavior by participants.

Serena Williams of the United States argues with referee Brian Earley during her Women's Singles finals match against Naomi Osaka of Japan on Day Thirteen of the 2018 US Open at the USTA Billie Jean King National Tennis Center on September 8, 2018. (Getty Images)

But Osaka's win was eclipsed when Williams got into a confrontation with an official and demanded an apology at the end of the second set and continued to do so after suffering the devastating loss.

"You owe me an apology," she said. "I have never cheated in my life!"

The scenes of a sad-faced Osaka holding the tournament trophy at the award ceremony will likely remain in the minds of tennis fans for some time.

When the Los Angeles Rams beat the New Orleans Saints in January’s NFC Championship Game to advance to Super Bowl LIII, the victory was overshadowed by a referee's non-call on what seemed to be an obvious pass-interference play. During a Saints drive, quarterback Drew Brees threw a pass toward wide receiver Tommylee Lewis. But Rams defensive back Nickell Robey-Coleman barreled into Lewis, preventing him from a fair chance at catching the ball, but no penalty was called.

The Saints were forced to settle for a field goal to take the lead, rather than try for a touchdown. The Rams then tied the game and went on to win in overtime, 26-23. Many Saints fans were upset and some filed a lawsuit against the NFL over the non-call.

In one of the most public cases of an overshadowed victory, Taylor Swift’s 2015 VMA win for Best Female Music Video was spoiled when Kanye West burst onto the stage during Swift's acceptance speech to go on a rant in which he said Beyoncé should have won.

An embarrassed Swift stood motionless and members of the audience booed West. The incident elicited response critical of West from other music artists and then-President Barack Obama, who referred to West as a "jacka--."

The 89th Academy Awards will most likely be remembered for a massive mistake. Presenter Faye Dunaway read from an envelope that “La La Land” had won the Oscar for best picture, but “Moonlight” was later declared the real winner.

The accounting firm for the Oscars -- PriceWaterhouseCoopers -- gave her the wrong envelope. 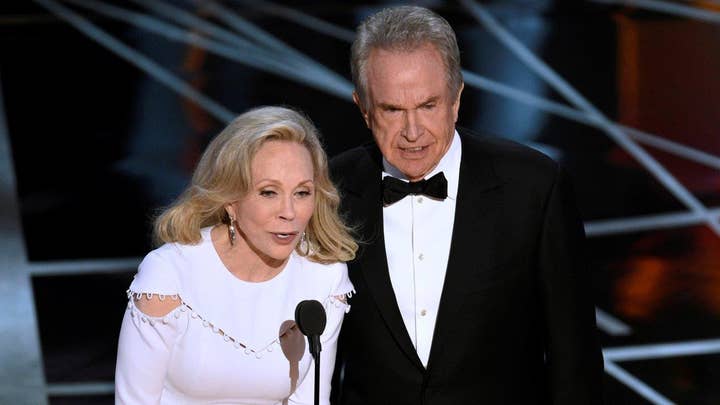 “We sincerely apologize to 'Moonlight,' 'La La Land,' Warren Beatty, Faye Dunaway, and Oscar viewers for the error that was made during the award announcement for Best Picture,” the firm said in a statement.

When “Green Book” won best picture at the 91st Academy Awards, not everyone was celebrating the win for the civil rights drama. Maureen Shirley, whose uncle Don Shirley was depicted in the film, didn’t believe it deserved the ceremony’s biggest honor. Famed director Spike Lee also appeared angered as he stormed out of the Dolby Theatre in Los Angeles after the winner was announced.

He compared the win to a referee making “the wrong call.”