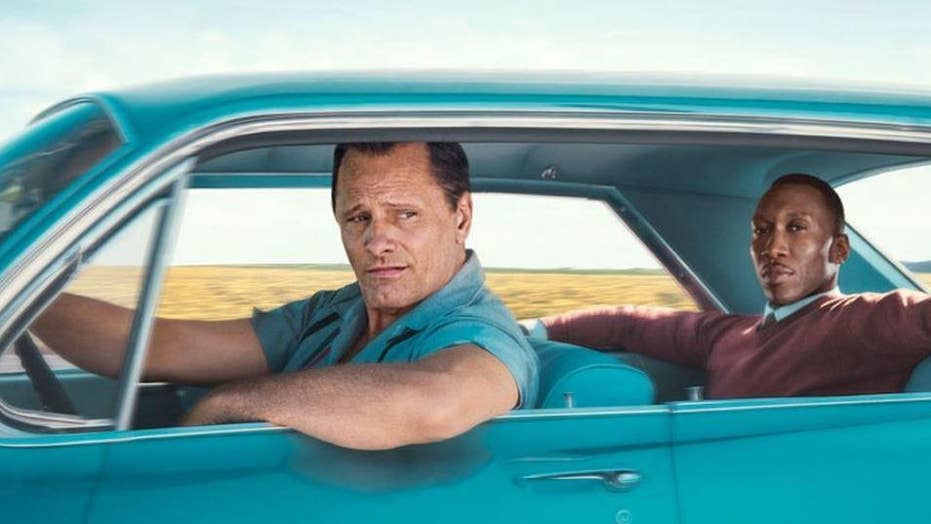 Don Shirley’s niece calls out the Oscar-winning movie ‘Green Book’ for its inaccuracies and 'cultural appropriation.'

“Green Book” won three Academy Awards Sunday, including best picture, but not everyone was celebrating on Hollywood’s biggest night of the year.

Maureen Shirley, whose uncle Don Shirley was depicted in the film, didn’t believe it deserved the ceremony’s biggest honor.

“I think we were really astounded at the fact it made best picture because I don’t know that we felt it was befitting of that category, let alone the honor,” Shirley told Fox News.

The story was based on the real-life, unlikely friendship between Tony “Lip” Vallelonga, an Italian-American bouncer from the Bronx, and renowned African-American piano virtuoso Don Shirley, whom Vallelonga chauffeured through the Deep South in 1962.

“Green Book” director Peter Farrelly shared in his acceptance Oscar speech that the film, which starred Mahershala Ali as Shirley and Viggo Mortensen as Vallelonga, was about “love.” But Oscar-winning screenwriter and Vallelonga’s son, Nick Vallelonga, announced backstage at the Oscars that Shirley’s living relatives were not contacted during the making of "Green Book."

“The Don Shirley family thing falls on me but Don Shirley himself told me not to speak to anyone,” Nick, 59, told a reporter, as revealed by Deadline. “He told me the story that he wanted to tell, he protected his private life and all other things about him, miraculous things about him. He told me if you’re going to tell the story, tell it from your father, me, don’t speak to anyone else, that’s how you have to make it.”

Nick Vallelonga, winner of Best Picture and Best Original Screenplay for "Green Book," poses in the press room during the 91st Annual Academy Awards at Hollywood and Highland on February 24, 2019 in Hollywood, California. — Getty

“I kept my word to that man,” continued Nick. “I wish I could reach out to Don Shirley’s family. I really didn’t know they existed until we finished the film. … Don Shirley and my father together had an amazing story and that’s where the film comes from.”

“Green Book” has since been accused of being a white savior film in which Vallelonga convinces Shirley to embrace his identity by teaching him how to eat fried chicken, playing Little Richard songs on the radio and encouraging him to play piano in a blacks-only bar. Vallelonga, gun in hand, also shows Shirley not to count his money in a public place or black people will attempt to rob him.

Nick Vallelonga did not immediately respond to Fox News’ requests for comment.

Shirley said her father, Maurice Shirley Sr., had a close relationship with Don and was outraged that the family was shut out during the making of “Green Book.”

“My father was contacted by [producer Jim] Burke following a conversation with my cousin, Edwin, about there being family, specifically the only remaining brother,” Shirley explained. “Mr. Burke was given my parents' home phone number. He called my father to invite him to New York to see the movie. This extension was made after the movie had been in theaters.”

“If you look at Mr. Vallelonga’s comments, he contradicts himself repeatedly, where he alleges my uncle had these private conversations telling him don’t involve anybody except for his father. Then he says he wasn’t aware Shirley had a family. So which one is it? You didn’t know he had a family, or you knew he had family and was supposedly told not to contact them?”

Don Shirley shared a close bond with his family, insisted his niece. (Courtesy of Maureen Shirley)

Shirley clarified that while the family was “quite happy” for Ali’s performance as her uncle Don, they felt “Green Book” had numerous inaccuracies that could have easily been fixed if the family was involved to ensure the truth was told.

Shirley said there were small, significant mistakes, like her uncle being chauffeured in a blue car while on tour when in reality he was only driven in a black Lincoln. In “Green Book,” her uncle drank entire bottles of Cutty Sark when he only drank Chivas Regal and not until the last drop. But there are other more serious errors that have outraged the family.

There’s the famous scene where Vallelonga, a white man, teaches the jazz musician how to eat fried chicken.

“My uncle not only knew how to eat fried chicken, but he knew how to prepare it,” she said. “And it’s a huge slight to the culture. Talk about cultural appropriation. It’s a huge slight to the culture to say that an Italian, an admittedly racist man, taught him how to eat fried chicken. Now, he might have said, ‘Throw [the bones] out the window.’ But that wasn’t my uncle. My uncle would not have done that on his own accord. He was respectful of everyone and everything. That is a huge fallacy.”

There’s also the green book, an annual travel guide listing hotels, restaurants and other businesses open to African-Americas during the era of segregation. In the film, Tony uses one to ensure Don traveled safely in the South. But Shirley claims the hotels Don stays in during his visit in the South throughout the film weren’t the ones he would actually frequent.

“The use of the green book — I know just from stories from my parents because they also used the green book — my uncle Donald would never have stayed in anywhere that was as shoddy as what they portrayed in the movie. And my father contends that he knows Tony Lip was hired as a chauffeur, not for protection.”

But the one scene that truly shocked the Shirley family was when Don is arrested for soliciting gay sex from a white man at a YMCA, resulting in Tony bribing a cop into letting him go. Shirley claimed it just didn’t happen.

“If you know anything historically of the Deep South… black people were not going to be caught in the YMCA at night, after dark,” she explained. “My uncle’s sexuality was never a question for any of us. We were well aware of what his sexual preferences were. And for them to be portrayed as inaccurately in that movie as they were is a huge slight.”

Shirley claims the family attempted to reach out to the filmmakers in hopes of offering first-hand knowledge of her beloved uncle, but she alleges those requests have been ignored.

“It’s been very hurtful to my father,” she said. “He and my uncle were incredibly close…. my uncle Donald raised my dad for a number of years. There was never a time my family was not in contact with my uncle Donald. Unless he was traveling out of the country, my uncle Donald was always in touch with my parents. He called our house weekly. I grew up getting weekly calls from my uncle Donald…. It’s disheartening to assert that there was any disconnect from the family.”

Mahershala Ali accepts the award for best performance by an actor in a supporting role for "Green Book" at the Oscars on Sunday, Feb. 24, 2019, at the Dolby Theatre in Los Angeles. (AP)

Page Six previously reported Ali reached out to the Shirley family and apologized, saying he was not aware there were close relatives with whom he could have consulted with.

Shirley said the family has never boycotted the movie and has no plans in doing so. Instead, they hope audiences will be compelled to learn about the real Don — the one they wish was shown on screen.

“He has an eclectic and amazing repertoire of music that you can hear on Spotify,” said Shirley. “You can get some of his albums that have been put onto CDs. He was masterful. As a child, I would call him and he would play 'Flight of the Bumblebee' for me on the phone. He was very family-oriented.