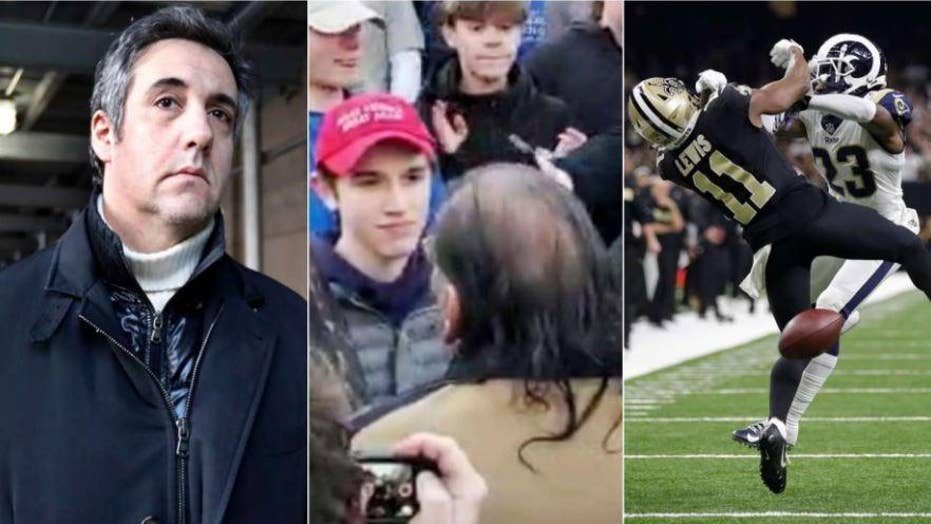 The Court of public opinion is buzzing with controversies that include a Buzzfeed article on former Trump lawyer Michael Cohen, a viral video between a Native American Man and Catholic Students, and the Los Angeles Rams route to the Super Bowl after their 26-23 victory over the New Orleans Saints.

NFL officials came under heavy scrutiny Sunday night during the NFC Championship Game between the Los Angeles Rams and New Orleans Saints over a blown call late in the fourth quarter.

The call was viewed as a factor in the Rams' success at tying the game and then winning in overtime to advance to the Super Bowl.

Speculation swirled after the game on whether the league would admit that the referees had erred. No word had come as of early Monday morning, but Saints coach Sean Payton said league officials told him the call had been blown.

With the Saints driving, quarterback Drew Brees threw a pass toward wide receiver Tommylee Lewis. It appeared Lewis was in good position to catch the ball, but Rams defensive back Nickell Robey-Coleman barreled into him and appeared to hit him with his helmet.

Many thought the play should have warranted a penalty for pass interference, but the officials kept it in their back pocket. The Saints were forced to settle for a field goal to take the lead. The Rams then came back and tied the game up to force overtime. Los Angeles would then win it in the extra period, 26-23.

Payton told reporters after the game the NFL admitted there should have been a penalty on the play.

“For a call like that not to be made, man, it's just hard to swallow. And then to get a phone call,” he said after the game, according to ESPN. “We spoke initially, then I called to follow up. And the first thing [head of officials Alberto Riveron] said when I got on the phone -- 'We messed it up.’”

Robey-Coleman also thought he would’ve been penalized for the play.

Rams coach Sean McVay also commented on the officiating after the game.

“The one thing I respect about the refs today is they let the guys play,” he said, according to USA Today.

With the win, Los Angeles heads back to the Super Bowl for the first time since 2002 when they were in St. Louis. It’s the second straight season the Saints suffered a heartbreaking loss in the playoffs.